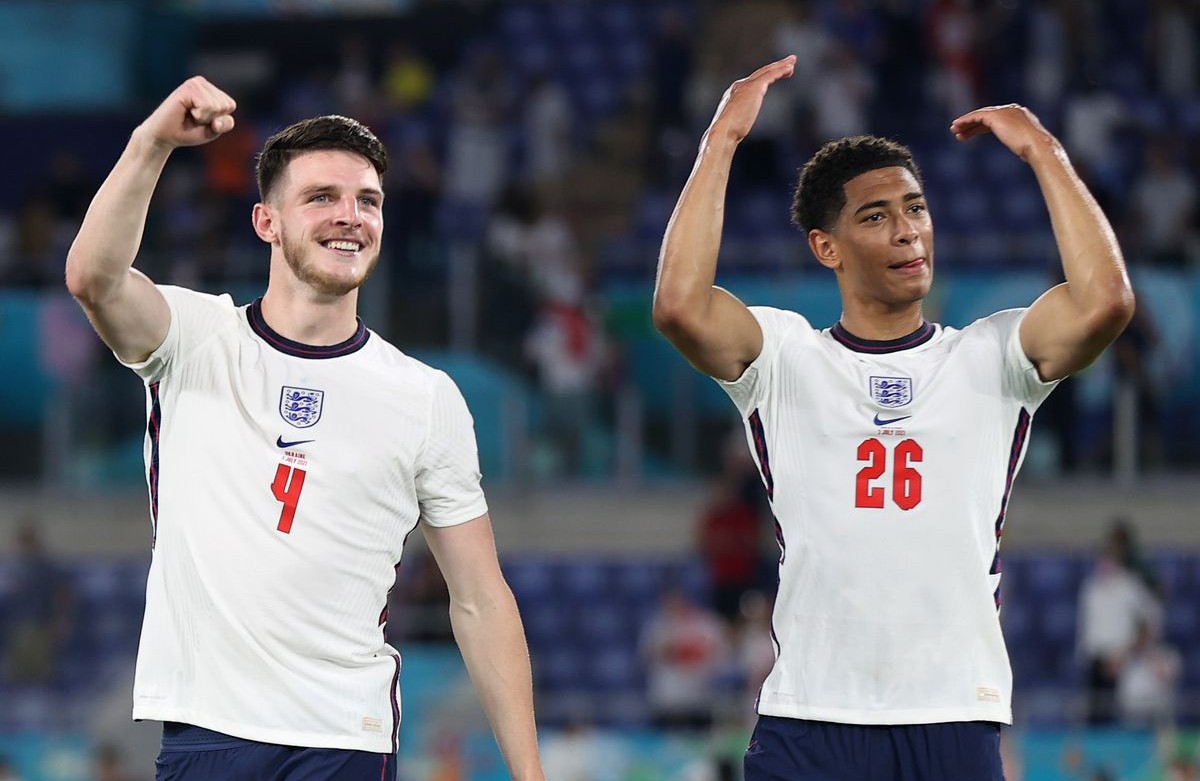 Manchester United have reportedly made Jude Bellingham and Declan Rice their top two midfield transfer targets for the summer.

The England duo have been world class performers for Borussia Dortmund and West Ham, respectively, and are undoubtedly two of the finest young players in Europe at the moment.

It seems inevitable that Bellingham and Rice have great careers ahead of them, and it surely won’t be long before they’re playing at an even higher level than they are now.

According to The Athletic, Man Utd are keen on both players, but any move would have to wait until the summer, and it remains to be seen which of the two players would be the more realistic target.

Jude Bellingham in training with England

Rice will surely want out of West Ham if they can’t finish in the top four, though the Hammers will also likely ask for huge money as they won’t want to lose one of their most important players to another Premier League club.

Bellingham can probably feel satisfied that he’s already playing at a pretty high level with Dortmund, and is also a couple of years younger than Rice, so might not be in as much of a hurry to move.

CaughtOffside understands that Liverpool are also eager to sign Bellingham and build around him, however, so United won’t necessarily find it easy to persuade the teenager to choose Old Trafford if and when he does perhaps decide on a move back to England.