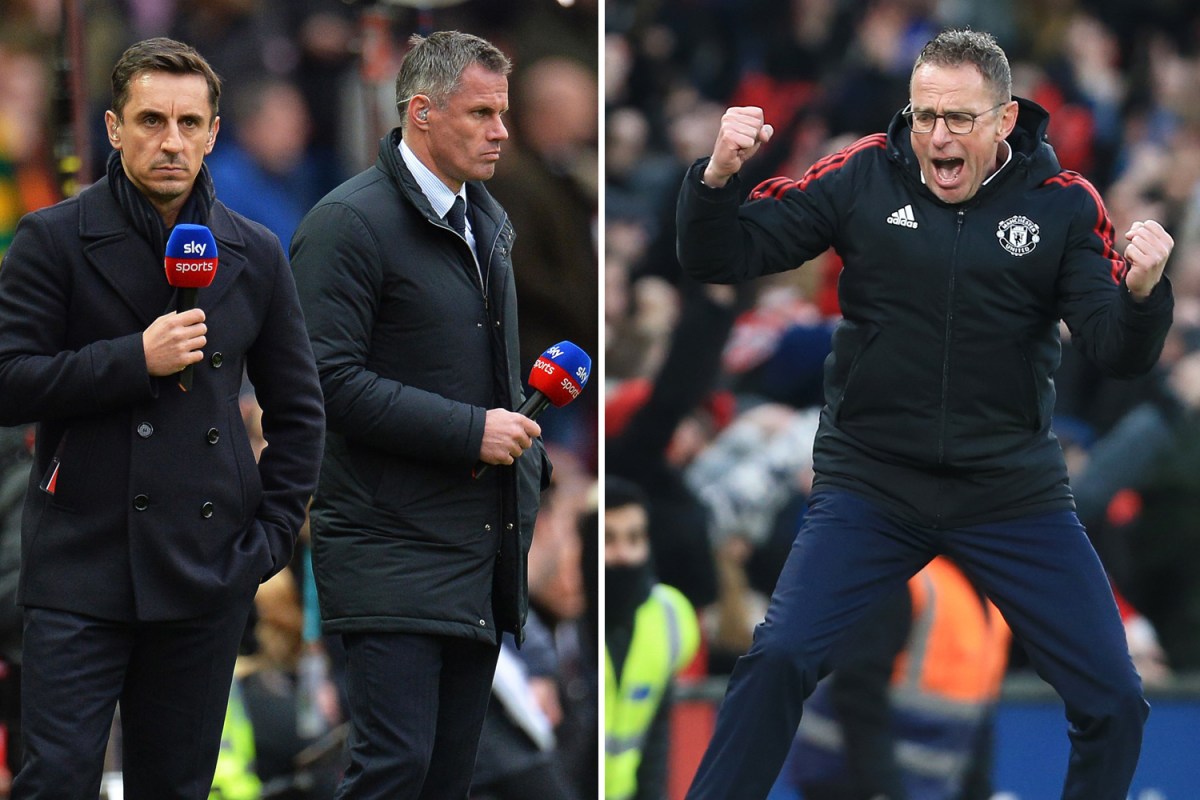 The Red Devils beat Crystal Palace 1-0 on Sunday in the German's first game in charge and Neville has heaped praise on his old club's new disciplined look.

The German won his first game in charge - 1-0 against Crystal PalaceCredit: AP

Speaking on Sky on Monday night, Nev said: "We'll start with the classic box at the back, McTominay, Fred and the two centre-backs.

"It's very difficult to counter-attack against that if you've got those four players compact together.

"The problem was with Man Utd and the reason I respected the 60 minutes yesterday was that after not scoring for 30 minutes, it's easy for one of those midfield players to get drawn forward.

"It's easy for one of them payers to come out of position and leave the centre-backs exposed.

"And that's what happened against Aston Villa.

"Having to run back at Old Trafford... it feels like a massive pitch. Jamie will tell you that from when he played there.

"You have to sustain attacks in football and you've got to stop teams counter-attacking on you or it eats away at your confidence.

"And that was the difference yesterday.

"You had the box, so when Man Utd gave the ball away in the attacking third, they'd committed players forward.

"But as the ball got given away by Fred, those four players are there straight away to be able to sort out Crystal Palace."

SunSport explored six tactical tweaks the German made for his first game in the dugout.

And after the match, the former RB Leipzig boss said he was surprised at how well his side played.

He said: "To be honest, I was positively surprised by the physical state, intensity and performance of the players.

"Not only did we play in the late kick-off on Thursday, but we also had two days fewer than Crystal Palace to recover.

"I didn't expect us to play at that level after only one-and-a-half training days together with them.

"It's always easier to build on things when you're successful.

"I want the players to believe in this kind of football.

"We continue in this direction, produce further clean sheets, and get better at creating chances ourselves.

"There is still space for improvement but today was more important for me to see how they played against the ball."