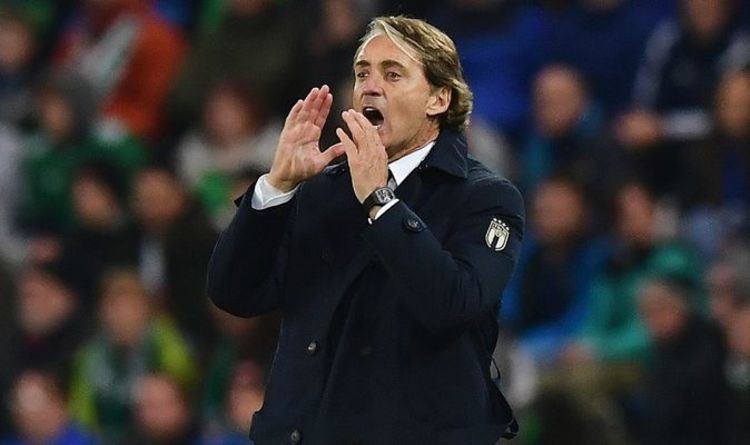 Italy manager Roberto Mancini has slammed the door on any speculation linking him with Manchester United, describing the rumours as “All false”. The former Manchester City manager was quick to dismiss the rumours, stating his only focus is on qualifying for the 2022 World Cup in Qatar.

While Ralf Rangnick is currently occupying the hot seat at Old Trafford, the 63-year-old is only expected to be in the red half of Manchester on an interim basis.

The current understanding between the former RB Leipzig manager and the Red Devils is that he will hold the position until the end of the season, and then act as a consultant to the club for a further two years.

On the other hand, Mancini had surprisingly emerged as an outside bet for the position, until the Euro 2020 winner quickly poured cold water over the rumours.

“My only goal is to get to the World Cup and be able to win it.

“Things didn’t go so well in the qualifying round, but we have to accept that. We have to roll up our sleeves and start again. We still have a chance.

“Of course, the draw was not beautiful but we are the champions of Europe and we can win the first game and then play the final playoff.”

Roberto Mancini and Sir Alex Ferguson were huge rivals when they were together in the Premier League (Image: GETTY)