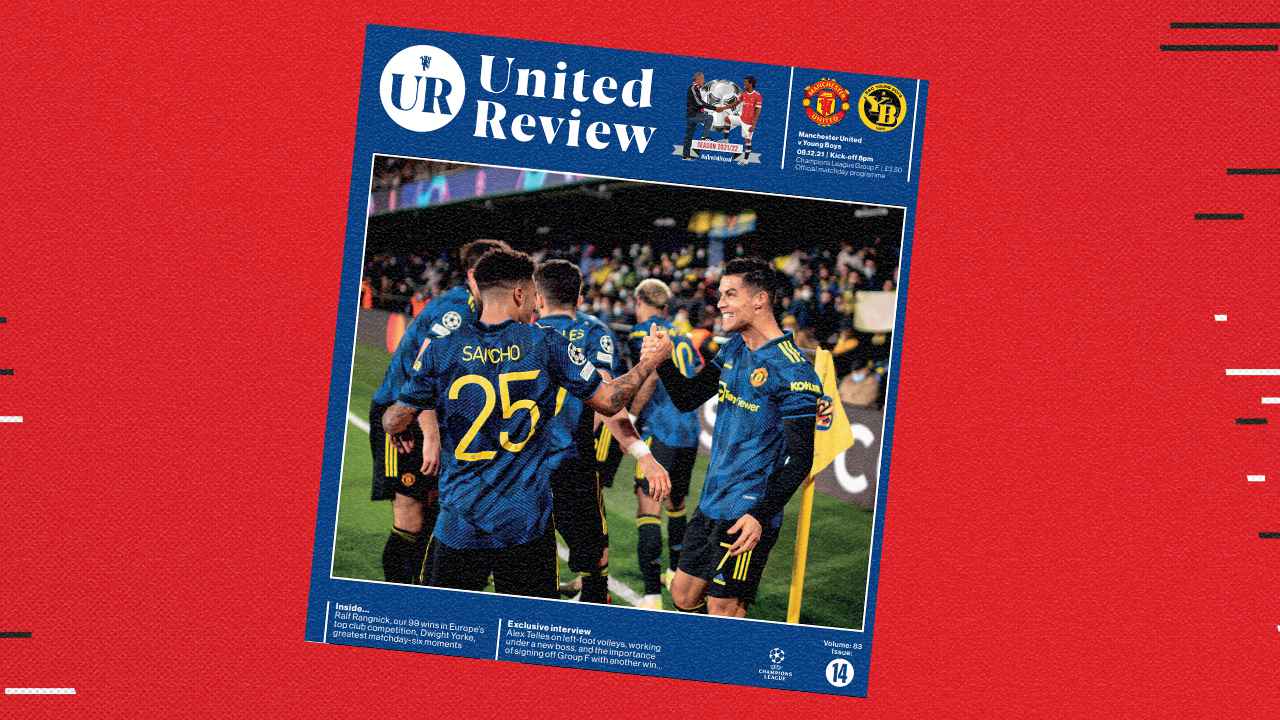 Manchester United will complete the Champions League group-stage campaign this Wednesday night, 8 December, as we welcome Young Boys of Bern to Old Trafford.

The Reds have already qualified for the next phase as the winners of Group F, but interim manager Ralf Rangnick's second match in charge still promises to be a fascinating affair.

We're expecting a big crowd at M16 with an expectant atmosphere, and many Old Trafford attendees will be looking forward to reading the official match programme, United Review, to hear the latest from Ralf.

The exclusive manager's column is likely to be the main attraction from this issue, given how compelling Rangnick's early press conferences and interviews have been.

But there's much more to enjoy inside the programme, including an interview with in-form full-back Alex Telles and a special guest column from 1999 Treble hero Dwight Yorke.

We also catch up Young Boys supporter and fan liaison guru Daniel Buehlmann, who tells us why their victory on matchday one was such a special night for the Swiss champions and explains what makes his club and city so special.

What else can you read?

Well, in addition to Paddy Crerand's respected opinions, there's a look at United's most memorable group-stage closers in the Champions League, plus a rundown of our greatest-ever games against clubs from Switzerland.

All that plus a load of ace fan content, photos, posters and stats.

Don't miss it... order your copy of United Review today!