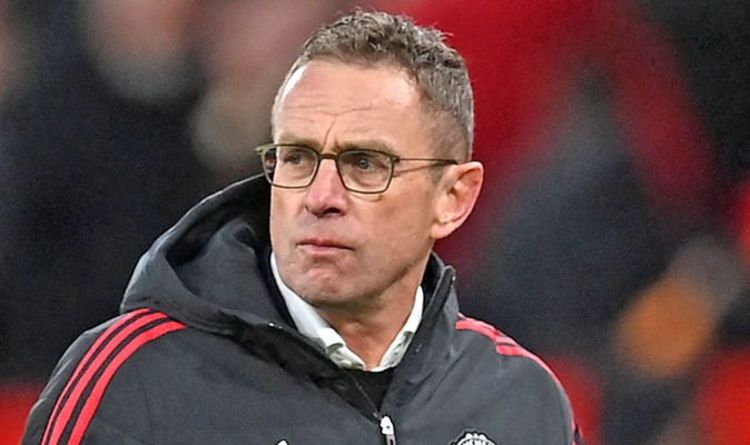 Manchester United boss Ralf Rangnick has opened up ahead of his side's Champions League clash with Young Boys on Wednesday night. The Red Devils go into the game with qualification to the knockout stages of the competition already assured. Yet victory is needed if they're to guarantee first place in the group.

Rangnick is poised to take charge of his second United match.

The 63-year-old, who was hired as Ole Gunnar Solskjaer’s interim replacement earlier this month, got his reign off to a winning start against Crystal Palace on Sunday.

Yet, now, Rangnick’s sights are on steering United to the top of the group.

Victory or a draw against Young Boys at Old Trafford on Wednesday night would see them do exactly that, with the Red Devils currently three points ahead of Villarreal.

And Rangnick has spoken to the media ahead of the showdown, confirming he'll be looking to make changes given the hectic fixture schedule.

"I haven't finally decided (my team) but it makes sense we will rest a few players due to the crowded fixture list,” he said.

Nemanja Matic was also facing the media, with the veteran a stalwart of the Champions League.

And the Serbia international admitted the players within the squad were eager to show Rangnick what they’re capable of.

“We have to try to impress the manager, that we deserve to play,” he said.

"We are through, top of the group, but we want the three points at Old Trafford and to show the manager we have quality to play.

“Every manager has his ideas, of course. We always try to adapt and understand as soon as possible.

"Everyone saw last game a bit of his idea, the high pressing, the organisation.

“We are training only a couple of days and we didn't have enough time to understand more.

"When you win games it is easier, confidence is back.

And Matic also defended Scott McTominay and Fred, who have come under fire for some inconsistent displays this term.

"I think they are great people, great people for the changing room. They prove a lot game by game,” he added.

"They don't get enough praise, always those who score goals do. They will get what they deserve. They are getting better and better."