Liverpool, Manchester United and Christian Eriksen latest plus the video to make our eyes light up. 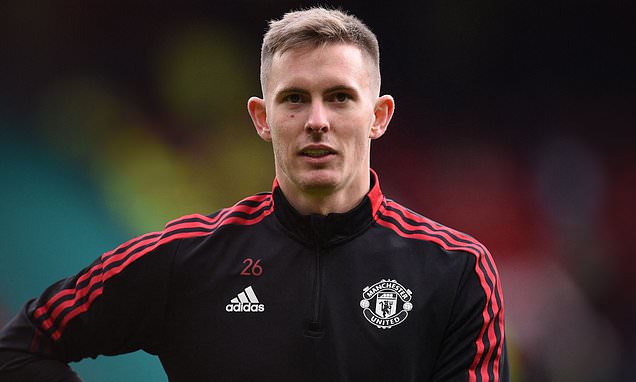 Manchester United outcast Dean Henderson has emerged as a loan target for Ajax amid his lack of game time at Old Trafford this season, according to reports.

Henderson, 24, is yet to make a Premier League or Champions League appearance for United in the current campaign, only featuring in their 1-0 Carabao Cup defeat at home to West Ham back in September.

Manchester Evening News claim the Dutch club are interested in signing Henderson on loan in January, having also enquired about his availability when Solskjaer was in charge 18 months ago.

United are understood to be weighing up his future ahead of the turn of the year, yet the player himself is open to a loan switch.


While he reportedly remains determined to become the club's No 1, Henderson accepts a temporary move away could be beneficial for his development.

The youngster looked likely to usurp David de Gea as Ole Gunnar Solskjaer's No 1 goalkeeper heading into the new season, but after contracting Covid-19 at the end of July he was forced to lay low for over a month.

His absence allowed De Gea to strengthen his grip on the starting spot in between the sticks, with the Spaniard producing a string of impressive displays despite United's struggles.

Solskjaer's departure and the arrival of interim boss Ralf Rangnick represents an opportunity for Henderson to work his way into the side, and he is expected to get the nod in Wednesday's final Champions League group stage fixture against Young Boys.

Though should Rangnick stick with De Gea as his first-choice shot-stopper, Ajax could offer the England international a temporary route out of Old Trafford.

He racked up 26 appearances for United in the previous campaign, returning from a successful loan stint at Sheffield United to provide competition for De Gea.

However, the latter's return to form this term saw Henderson move down the pecking order under Solskjaer, and it remains to be seen whether Rangnick coincides with his predecessor's stance.

A loan move to Ajax, who are on the hunt for a new goalkeeper, could therefore suit all parties at the turn of the year.

The Dutch champions' incumbent No 1 Andre Onana is being linked with a move away after entering the final seven months of his current deal, while back-up goalkeeper Maarten Stekelenburg sustained a season-ending hip injury in August.