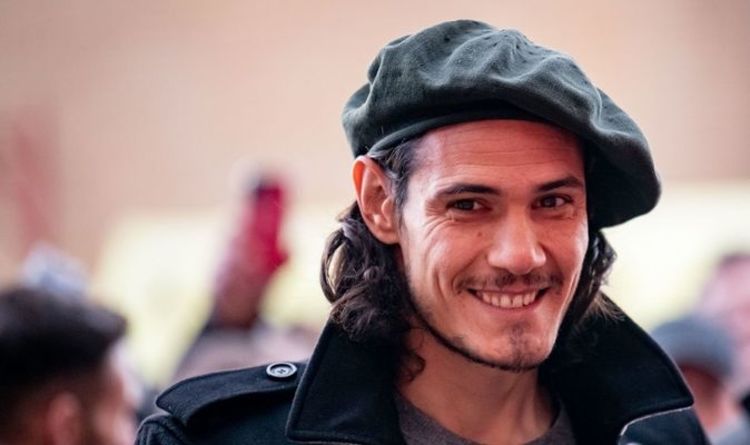 Edinson Cavani's representatives are reportedly exploring their client's options ahead of the January transfer window and a move this winter is not being ruled out, according to the Italian press. El Matador, who has featured just five times in the Premier League so far this season, is now approaching the final six months of his current contract with the Red Devils after signing on a free transfer from Paris Saint-Germain in October 2020.

Cavani had initially been keen to return to South America last summer after just one full season at Old Trafford.

It's understood the three-match ban and £100,000 fine he received for a racially insensitive Instagram post played a major factor in his decision, amongst other factors.

But in time, Ole Gunnar Solskjaer managed to convince Cavani to stay put and pen a one-year contract extension.

Yet despite the widespread admiration and respect for Cavani around Carrington, it's now clear his time at the club is slowly trickling to an end.

Edinson Cavani could leave Man Utd in January, according to the Italian press (Image: GETTY)

According to Italian newspaper Tuttosport, Juventus are one of the clubs thought to be keen on offering Cavani the chance to stay in Europe beyond Manchester United.

It's claimed Cavani has known for a while that United are no longer counting on him following the deal that brought Cristiano Ronaldo back to the club.

Furthermore, he has only managed 214 minutes in the Premier League this season, partially due to his ongoing injury struggles.

Now Ralf Rangnick is at the wheel and that has created further doubts regarding Cavani's potential involvement.

The German is hellbent on his team pressing from the front and at 34, Cavani may struggle to adapt to the copious demands of his philosophy.

That being said, the 4-2-2-2 formation is likely to provide Cavani with a shot at playing more regularly before the end of the season, given that he is no longer solely competing with Ronaldo for the striker spot.

Cavani's reps are now believed to be exploring the player's options ahead of January - when he could depart.

The Serbian, who is the joint top scorer in Serie A, is out of reach for cash-strapped Juve.

In addition to that, Italian football expert James Horncastle has also confirmed that Fiorentina have no intention of selling to Juve, as the Old Lady turn their attention to Cavani.

He said on BT Sport: "Juventus have been linked with Dusan Vlahovic, the Fiorentina striker, who is the top scorer at the moment with Ciro Immobile.

"But the kind of money that would take, I think that's beyond them. Juventus as we've seen, they have been able to do business with Fiorentina.

"In recent years, Federico Chiesa and Federico Bernardeschi for example.

"Fiorentina's preference is always not to sell to Juventus because of the rivalry between them.

"Ultimately, if Vlahovic is to go, Fiorentina would prefer to sell to the Premier League."