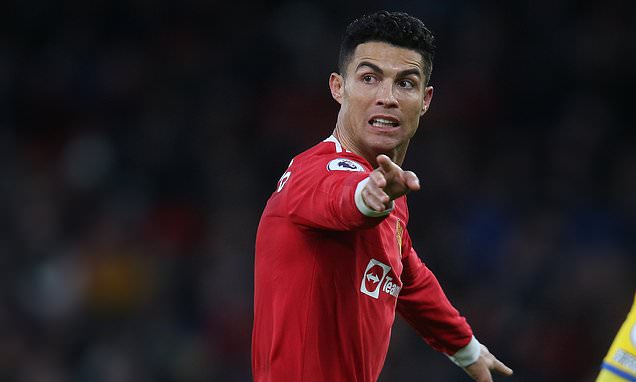 Jamie Carragher has debunked the myth that Cristiano Ronaldo does not press after comparing the Portugal star to Bayern Munich forward Thomas Muller.

The Manchester United forward has scored 12 goals this season since his sensational return to Old Trafford in summer.

But the five-time Ballon d'Or winner came under fire for a supposed lack of effort on an attacking front in the build up to Ole Gunnar Solskjaer's sacking.

The Red Devils suffered a run of humiliating results with defeats to Liverpool, Manchester City and Watford before the club finally sacked the Norwegian.


The team repeatedly came under fire for their performances but Ronaldo in particular attracted critics of his perceived lack of pressing.

However, Liverpool legend Jamie Carragher rubbished those claims, drawing comparisons between Ronaldo and Muller who helped Bayern Munich to a 3-2 victory over Borussia Dortmund on Saturday afternoon.

'Not exactly the same for Dortmund, which is more of a diamond in midfield.

'Jude Bellingham, who we know is more of a central player, on the left and Julian Brandt inside on the right.

'We saw a lot of that from Manchester United. Two tens as Rangnick called them, but this is what he will want from players in that position, making that run forward between full-back and centre-back.

'That's where Manchester United are going to find their attacking players more often than not.'

The Sky Sports pundit added: 'It takes me back to the weekend with Cristiano Ronaldo, the pressing from him was absolutely outstanding and this is what he [Rangnick] will want from his attacking players, central strikers.

'From what we saw at the weekend, the two tens and two centre forwards right up alongside the Bayern defence.

'Where it pays dividends is you then find that player - it could be Bruno Fernandes - in that pocket in that hole.

'At the weekend for United it was [Marcus] Rashford and Ronaldo, Haaland and Reus making runs in behind. From the two top teams in Germany we saw so much of what we saw from Rangnick's first game at Manchester United.'