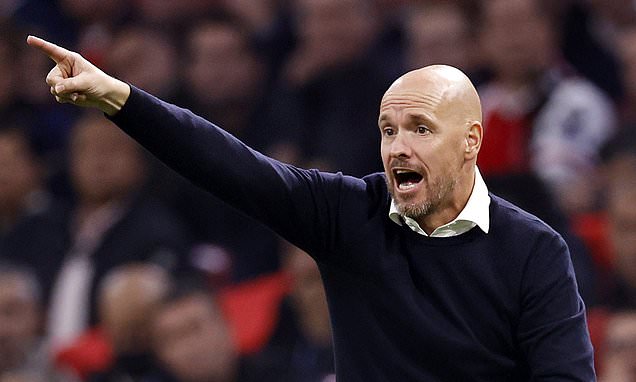 Erik Ten Hag is on the shortlist to replace Pep Guardiola at Manchester City, while their local rivals Manchester United are eyeing the Dutchman to take over from interim manager Ralf Rangnick, according to reports.

Ten Hag is viewed as one of the most progressive coaches in Europe after moulding a young Ajax side into Champions League competitors in 2019 and rebuilding the squad after his best players were snatched up by Europe's elite.

The 51-year-old's work at Ajax has rightfully garnered the attention of several top-flight clubs. Bayern Munich and Tottenham reportedly tried to court him, while Newcastle are said to have actively pursued him following the club's mega-money takeover.

The Dutchman is now said to be on the shortlist to replace Pep Guardiola at the Etihad, should the City boss step down, according to The Telegraph.


In August, the Spaniard confirmed he intends to leave Manchester City at the end of next season in 2023 when his current contract expires.

Guardiola has been in charge at the Etihad since 2016, winning the Premier League three times and hopes he can end the club's wait for a Champions League triumph.

But the 50-year-old delivered a crushing blow to the club in summer when he revealed the date of his bombshell exit and announced that his next role will be in international football.

But City could face a battle from the other side of Manchester as the Telegraph's report also claimed that United only appointed Ralf Rangnick as an interim boss for six months as they hope Ten Hag will come to Old Trafford at the end of the season.

Sportsmail reported last month that Mauricio Pochettino is the favourite to take over from Rangnick, 63, in June, providing the Argentine can cut short his contract with Paris Saint-Germain.

But the Red Devils will turn to the Ajax coach if the club are unsuccessful in their attempt to poach Pochettino.

Ten Hag is reportedly interested in the job at Old Trafford and Ajax would not stand in his way if he wants to leave at the end of the season, even though his contract in Amsterdam does not expire until 2023.

Rangnick is poised to be confirmed as United’s boss until the end of the season, when he will hand over to a permanent successor and take up a consultancy role.

The Telegraph reported that if the Red Devil's are successful in their attempt to lure Pochettino away from the Parc des Princes then PSG could consider swooping in for Ten Hag to fill the vacancy left open by the Argentine.