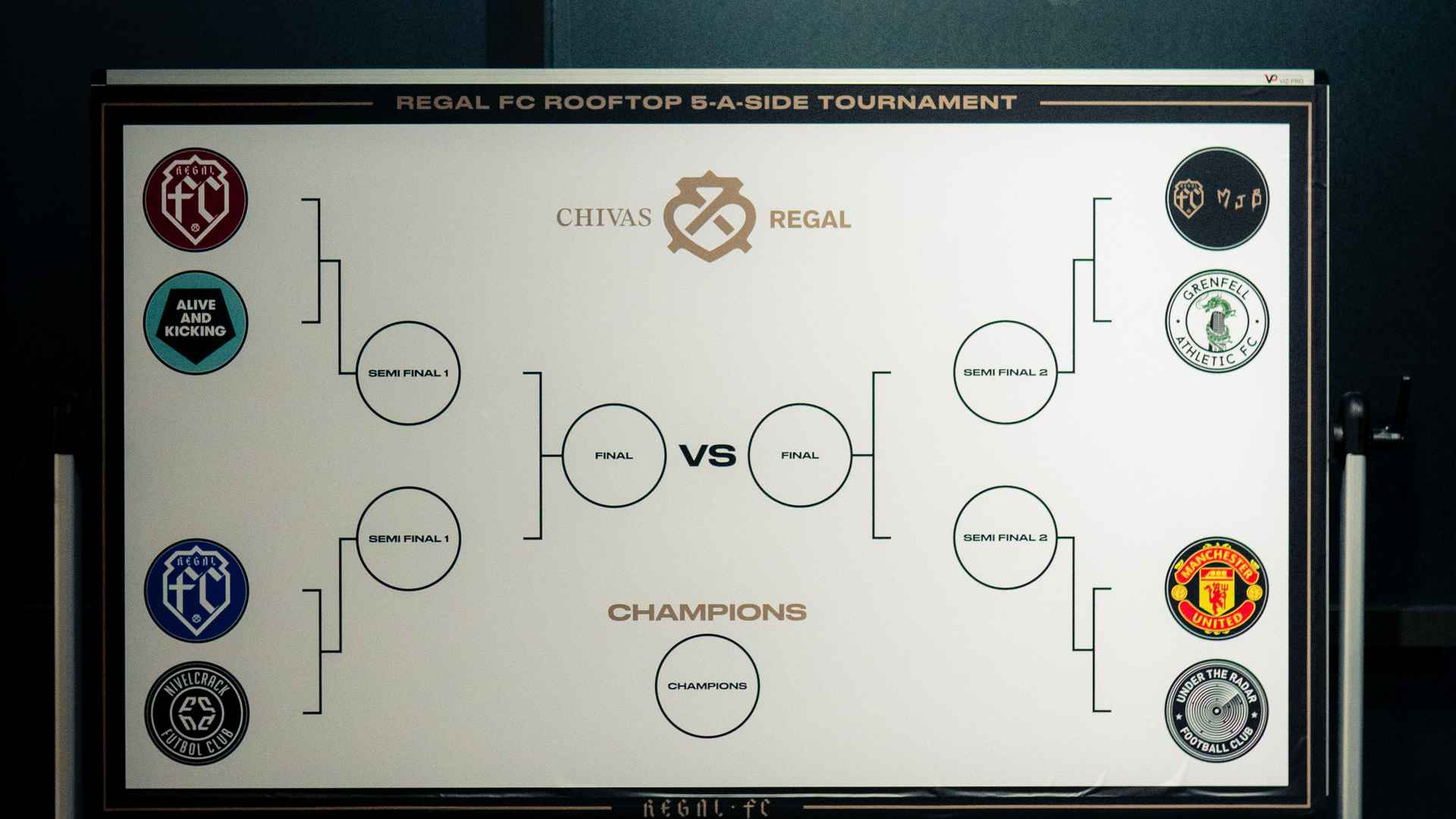 Chivas Regal, one of our proud sponsors, officially launched Regal FC at Hotel Football recently, in what was a truly unique event that celebrated the culture of modern football and how it can inspire those from all corners of the globe.

Regal FC is a hub of innovation that aims to connect fans from all walks of life through bespoke content, exclusive merchandise and unique events that create long-lasting memories. The Regal FC Rooftop 5s tournament saw a number of teams battle it out for glory and celebrate what it means to be a football fan.

Taking place next to our home at Old Trafford, Hotel Football opened its doors and switched on the floodlights to welcome a group of like-minded, forward-thinking individuals. All of whom are redefining what it means to be a fan of the beautiful game, so it was great to have that positive energy all under one roof.

The event at Hotel Football was a huge success.

Regal FC and Manchester United share such a special relationship because of our passion for the game, alongside our support of unique and exciting fan cultures from all around the world.

Celebrating determination, passion and a never-say-never mentality is what United stand for, and Regal FC share those values. Therefore, it was only natural that we linked up to see what went down at the first ever Regal FC tournament, where all teams were playing to win and donate the prize money to a chosen charity.

Doing just that, around 50 trail-blazers turned up to show off their skills at the tournament, with United fans Avelino, Teezee, Jordy Innit, and United legend, Wes Brown representing the Manchester United team. They took to the pitch donning the instant-classic away kit from this season, which you can check out in more detail here.

Familiar faces from in and around the football world were in attendance too, with the likes of Harry Pinero, Yung Filly, Headie One, Mist, Not3s, Vuj, Poet and Timbsy all taking to the pitch on the hunt for glory.

A great shot of the action at Heaven, Hotel Football's rooftop pitch.

And so the games began. The pitch on the top floor of Hotel Football was redecorated to mark the occasion and, with the stage set, the eight teams battled it out. The likes of Nivelcrack, Alive & Kicking FC, Under the Radar and Grenfell Athletic FC all went toe-to-toe on the quest to be crowned as champions, but it was Under the Radar FC who came out victorious, donated their prize money to charity.

But not only was the football pitch on top of Hotel Football switched up, Chivas continued to provide the great vibes, by turning the basement level into a hub of creativity and connectivity, with the guests able to test our their skills with football-pong, go head-to-head in the 1v1 cage, and test their touch.

The sound system was blasting, the conversation was flowing, laughs were had and there were smiles all around.

Of course United colours were on show during the tournament!

It was a great evening, and we certainly can’t wait to see what the next one has in store for us.

Be sure to head on over to Regal FC here so that you can keep up to date! Check out more photos from the event over at @weareunited, too.