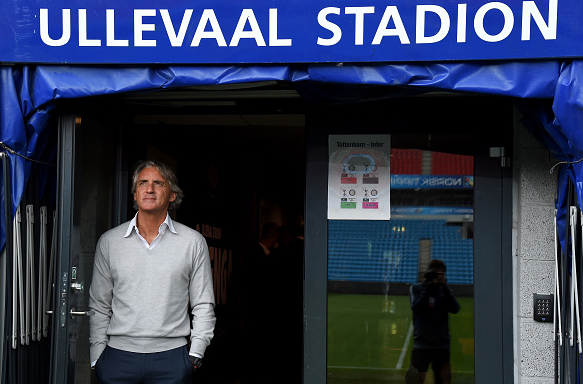 Manchester United parted ways with Ole Gunnar Solskjaer on November 21st and days after that, were reportedly keen on bringing Mauricio Pochettino to Old Trafford.

The Red Devils found it difficult to take the Argentine away from his current club, Paris Saint-Germain. This saw them confirm Ralf Rangnick’s appointment as interim manager until the end of the current season.

United will need to look for a new manager next summer and while Pochettino remains in contention, there are other candidates, including Ajax manager Erik ten Hag.

Reports in the British press have named Italy coach Roberto Mancini as a surprise contender for the Old Trafford job. There were even claims the former Manchester City manager has an agreement with the Premier League side.

The 57-year-old has now dismissed these claims and stressed he remains focused on his current role with the European champions.

“A verbal agreement with a Premier League club? All false. My only goal is to get to the World Cup and be able to win it,” Gazzetta dello Sport quoted Mancini as saying.

Italy have failed to directly qualify for the 2022 World Cup. They need to overcome North Macedonia and then one of Portugal or Turkey in the playoffs to seal a berth in next year’s FIFA tournament in Qatar.

“Things didn’t go so well in the qualifying round, but we have to accept that. We have to roll up our sleeves and start again. We still have a chance,” he explained.

“Of course, the draw was not beautiful but we are the champions of Europe and we can win the first game and then play the final playoff.”