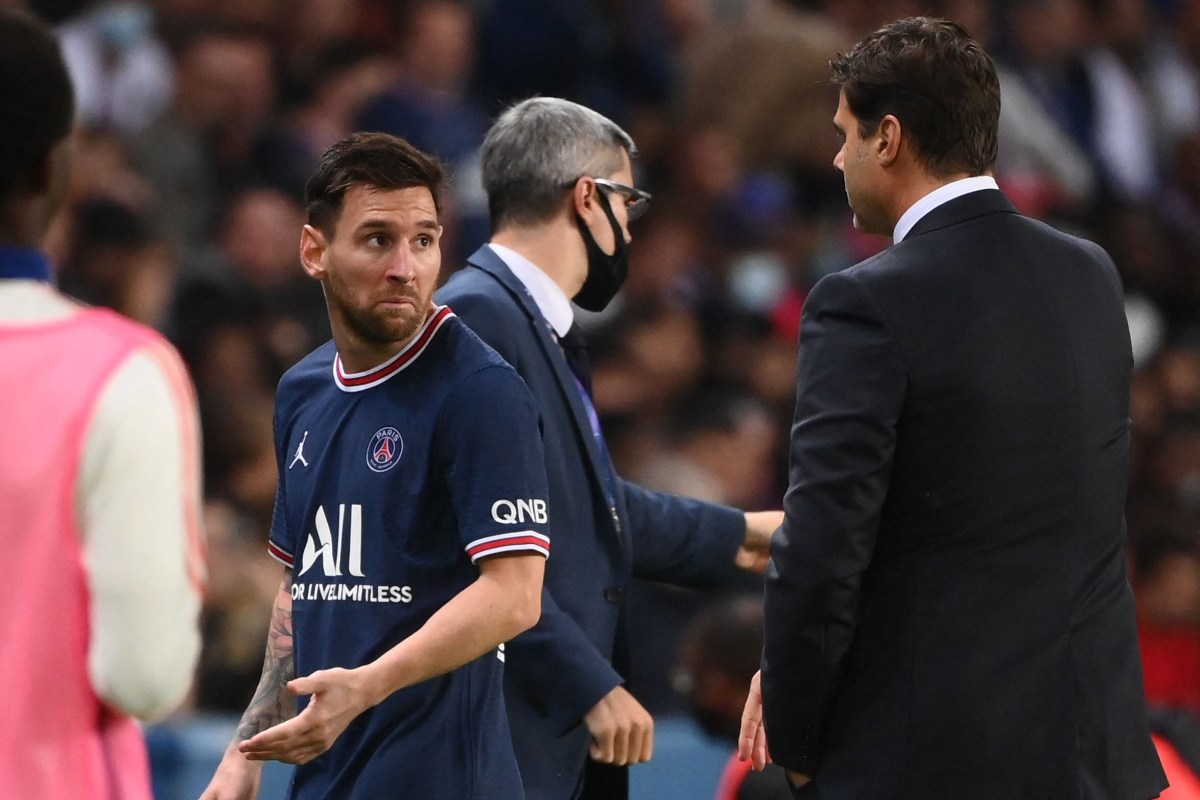 Both Messi and Pochettino have underwhelmed since arriving at PSG

The Argentine has reportedly begun to question whether Mauricio Pochettino is up to the task of being Paris Saint-Germain manager.

French outlet L’Equipe claim that those closest to Messi fear Poch lacks full control of the PSG dressing room and has lost respect among the senior stars.

Former Barcelona captain Messi is also thought to believe that his compatriot is ‘too restrictive’ with his tactics that don’t suit his play style.

The 34-year-old has managed just one league goal since arriving at PSG in the summer while Pochettino continues to be linked with a Premier League return.

Chelsea’s move for the Fenerbahce defender Attila Szalai is a ‘done deal’, amid doubts over the futures of the Blues first-team stars.

Hungary boss Marco Rossi, who included Szalai in all three of his countries Euro 2020 games, was quizzed on which of his players would star in Serie A.

He told Calciomercato : “It’s hard to name just one player, but right now I see very well Attila Szalai, who plays for Fenerbahce, but I think he is joining Chelsea.

“Clearly, he has been followed by important clubs in Spain, but apparently his move to Chelsea is a done deal.

“He would be a great player also for Italian football.”

Chelsea have a host of defensive options at Stamford Bridge already but Antonio Rudiger Andreas Christensen, and club captain Cesar Azpilicueta will all be out of contract within the next 18 months.

Salah put pressure on Liverpool to resolve his contract situation as he comments on reports linking him with a move to Barcelona.

The superstar forward is entering the final 18 months of his deal at Anfield and would be happy to stay.

“I said it several times, if the decision is up to me, I want to stay in Liverpool,” said Salah.

“But the decision is in the hands of the management and they have to solve this issue.”

Salah said: “I read what was said about Xavi’s interest to sign me.

“This is something that makes me happy that a team like Barcelona is interested in me, but I’m happy in Liverpool and we will see what happens in the future.

“At the moment, I prefer to stay in the Premier League as it’s the strongest league in the world.”

Salah has 144 goals since joining Liverpool