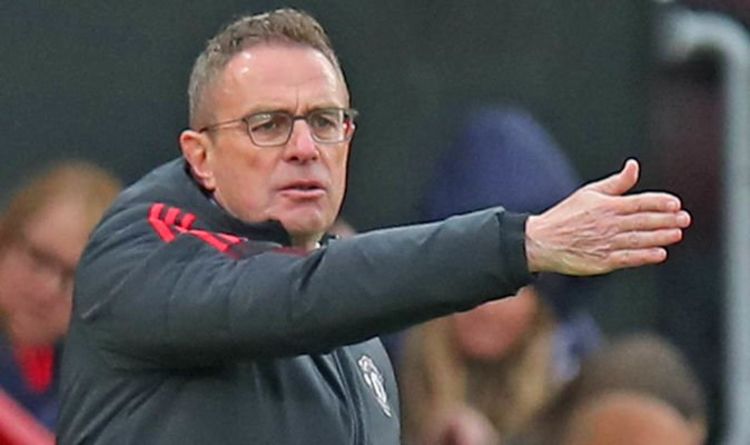 Manchester United have been turned down by Gerhard Struber but they were reluctant to pay a compensation fee to bring him to Old Trafford, reports say. Ralf Rangnick is close with the New York Red Bulls coach. However, he’ll now have to look elsewhere when it comes to hiring a new assistant.

Ole Gunnar Solskjaer was sacked as manager last month, less than 24 hours after a chastening defeat to Watford at Vicarage Road.

The second casualty was then Michael Carrick, with the former midfielder walking away shortly after seeing the Red Devils beat Arsenal 3-2 last week.

Now, United are under the control of Rangnick.

The German has been given the keys to Old Trafford until the end of the season, with the club then planning to go after one of Mauricio Pochettino or Erik ten Hag.

The Sun say that United had been contemplating Struber to be Rangnick’s No 2 now that Carrick is no longer around.

“Michael, I got to know this [decision] two days ago,” he said.

“I had a long private conversation with him for more than an hour and I was trying to convince him to stay on board, but he had obviously taken that decision weeks ago that he needed a break and a rest after 30 years of professional football.

“In the end, I had to accept that, and in a way, I can also understand his decision.”

Rangnick also indicated that he was happy with United’s current coaches, too.

“I will obviously try to find one, two, maybe three people who can join us in the next one or two weeks but due to the Brexit regulations, it’s not that easy.

“Many of my former colleagues, no matter if it’s video analysts or assistant coaches are in long-term contracts with big clubs, so they are not available right now, so we have to be a little bit smart and clever and find the right people.

“I hope that we can get them in here in the next one or two weeks, but I cannot tell you anymore.”