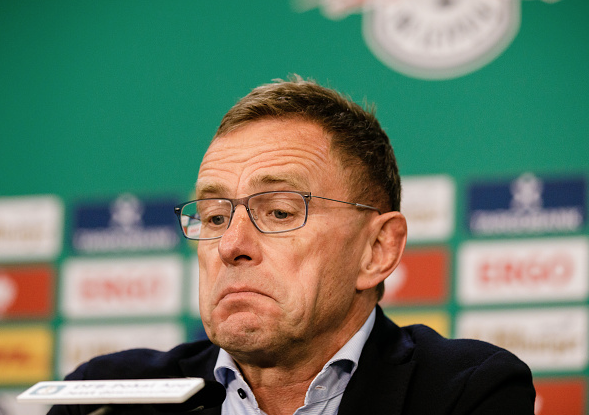 The former midfielder took charge of the Red Devils for three matches, following the club’s decision to part ways with Ole Gunnar Solskjaer.

Ralf Rangnick has been appointed as a longer tern interim manager, until at least the end of the season. Carrick was initially expected to be part of the German’s backroom staff, but his departure has forced both United and the 63-year-old to look elsewhere.

The Major League Soccer coach was given an opportunity to reunite with Rangnick and this was confirmed by Struber during Sky Sport Austria’s ‘Talk & Tore’.

“There was a request. It’s no secret that Ralf Rangnick and us know each well, and appreciate each other,” he said.

However, the Austrian has now turned down the chance to move to Manchester and has detailed the reason behind his decision to reject United.

“I am very honoured by the request from England. At the same time, the situation for me in New York is such that it allows me to look to the future with great hope and I don’t want to give up on the path with New York overnight,” Struber explained.

“I am very committed to the team in New York and we have big plans. I have a long-term contract in New York that I want to keep and I have big goals with an ambitious team.

“I settled in very well in New York and went through difficult times with my team and we really grew together. It would be the wrong time to say goodbye here.

“I feel very comfortable in my current role as head coach and believe that I can achieve the greatest impact in this role and that’s why I want to continue on this path.”