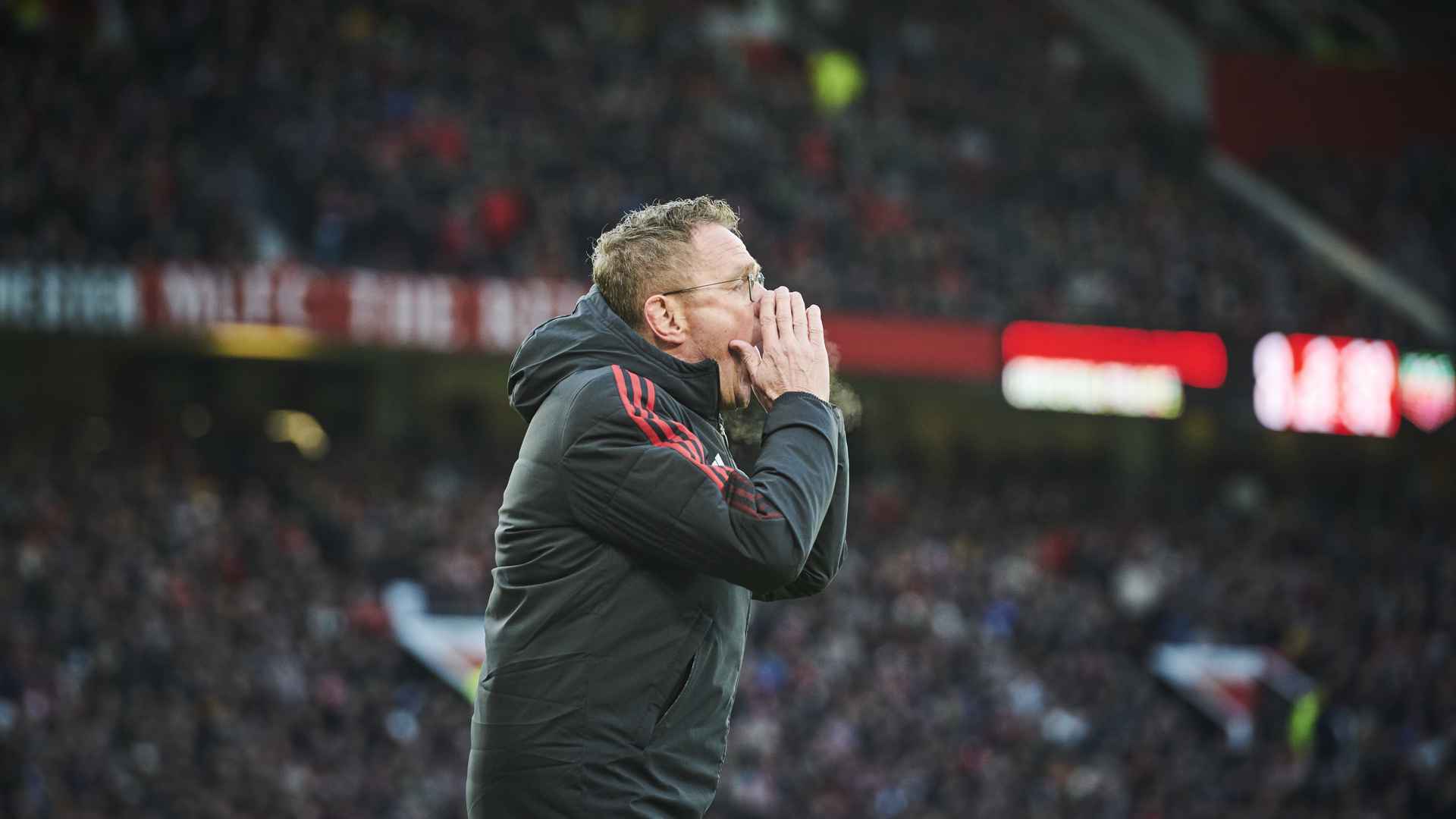 Manchester United’s 2021/22 Champions League group-stage campaign draws to a close on Wednesday as we host Swiss side Young Boys at Old Trafford.

The Reds have already secured a spot in next February’s round of 16 as group winners but will be hoping to bow out of this stage on a high as Ralf Rangnick manages his first European game as United boss.

The visitors, meanwhile, have plenty to play for as a win could still qualify them for the Europa League knockout stages.

Here’s everything you need to know about the game, starting with TV details…

The match kicks off at 20:00 GMT on Wednesday and will be broadcast live in the UK on BT Sport 2.

MUTV's coverage will begin when Matchday Live goes on air at 18:55 GMT - the show will include pre-match build-up, live radio commentary and post-match analysis. Alternatively, you can follow the game with live updates via ManUtd.com and our Official App.

Rangnick will hold his pre-match press conference at 13:30 GMT on Tuesday, where he is expected to give updates on the state of his squad but it would not be surprising if the German opts to rotate, especially with qualification guaranteed. Anthony Elanga came on as a second-half substitute at the weekend and may be in line for his senior European debut, while Mason Greenwood also made a first appearance for a month after his recent recovery from COVID-19. Nemanja Matic and Aaron Wan-Bissaka returned to the bench at Old Trafford after injury, although Jesse Lingard and Anthony Martial were left out of the squad after experiencing pain in training. Paul Pogba, Raphael Varane and Edinson Cavani could remain on the sidelines.

The visitors’ first-choice centre-back pair Mohamed Ali Camara (thigh) and Cedric Zesiger (metatarsal) have missed much of the season, although Camara returned as a substitute during Saturday’s 2-1 home defeat to Servette. Back-up goalkeeper Guillaume Faivre continues to deputise for David von Ballmoos, who suffered a dislocated shoulder in mid-October, while last season’s top scorer Jean-Pierre Nsame hasn’t featured all season after rupturing an Achilles tendon in May. Winger Christian Fassnacht suffered a concussion in early November and it continues to keep him on the sidelines, with centre-forward Meschack Elia moving out wide to compensate.

The Rangnick era got off to a positive start on Sunday, with Fred’s 78th-minute goal enough to see off the challenge of Crystal Palace. That was United’s second consecutive Premier League win and third victory in four games in all competitions, when including the 2-0 European success over Villarreal a fortnight ago.

Young Boys had their hearts broken last time out in the Champions League, as Luis Muriel’s late equaliser in the thrilling 3-3 draw with Atalanta ended their hopes of finishing in the top two. David Wagner’s side are in the midst of a difficult run domestically, having taken just five points from a possible 18, and have dropped from top spot to fourth, nine points behind pacesetters FC Zurich, albeit with a game in hand.

We’ve faced Young Boys on three previous occasions, losing earlier in Group F to a stoppage-time goal in Bern after a pair of victories in the 2018/19 group stage. Marouane Fellaini’s own late strike secured a 1-0 win and qualification for Jose Mourinho’s side three years ago, in what was the Swiss outfit’s only visit to Old Trafford so far. They will be hoping to better domestic rivals Basel - who battled to draws in M16 in 2003 and 2011 - on their second trip.

United sit top of Group F with 10 points from five matches and are guaranteed to finish in first position as we have the head-to-head advantage over Villarreal, who are three points further back. The Yellow Submarine can secure the runners-up spot if they avoid defeat to Atalanta in Bergamo, but the Italians will leapfrog Villarreal and finish on nine points with a win at the Gewiss Stadium. Young Boys are currently fourth and the only way they can improve on that would be if they win at Old Trafford and Atalanta lose.