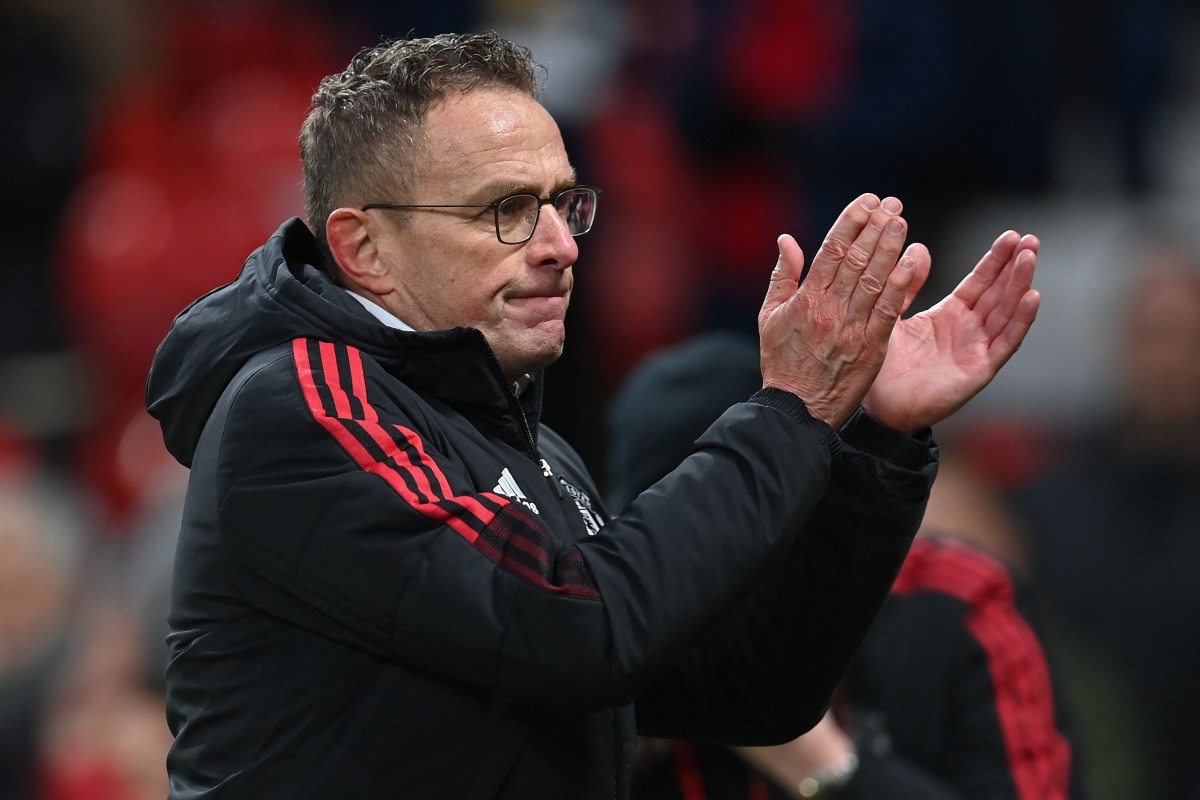 Sunday's victory over the Eagles at Old Trafford saw the Red Devils jump up to sixth in the Premier League table after back-to-back wins.

Despite United winning by just a one-goal margin, fans will be excited by what they saw at the Theatre of Dreams.

In stats obtained by Squawka, United recorded 77 passes into the final third of the pitch - the most they have amassed this season in the top-flight.

And The Telegraph have detailed how United's high press worked to perfection as they won the ball back 12 times in the final third.

Again, that is the most United have regained possession this term, with the players often static under Ole Gunnar Solskjaer.

Prior to Rangnick's first game, they had won the ball back in the final third on average just 4.1 times a game.

Rangnick's United also had 32 touches in Palace's box, more than the average 22.9 they had under Solskjaer.

And United also recovered the ball a total of 65 times compared to the season average of 56.4.

United had 18 pressed sequences against Palace, higher than the 12.5 they have averaged this campaign.

Portugal international Cristiano Ronaldo won the ball back an impressive three times against the Eagles.

In 11 Premier League games under Solskjaer and Michael Carrick, he had won possession back just three times in TOTAL.

They even improved defensively, as they faced eight shots on goal from Patrick Vieira's men - six less than their average.

And they tackled the ball (24) nearly 11 times more than they have prior to Rangnick's first game.

Speaking after the match, Rangnick stated he was surprised at how quickly his players took on-board his tactical demands.

He said: “I must admit I was surprised. I was a bit surprised, because not only did we play Thursday, a late kick-off, we had two days less to recover compared to Crystal Palace.

“And we had not even a full training session yesterday because it was 45 minutes, it was pouring.

“It was not just Manchester weather, it was disgusting, it was heavy, raining, windy, so it was almost impossible to train in a concentrated and focused manner.

“I didn't expect them to play at that level after such a short time.”