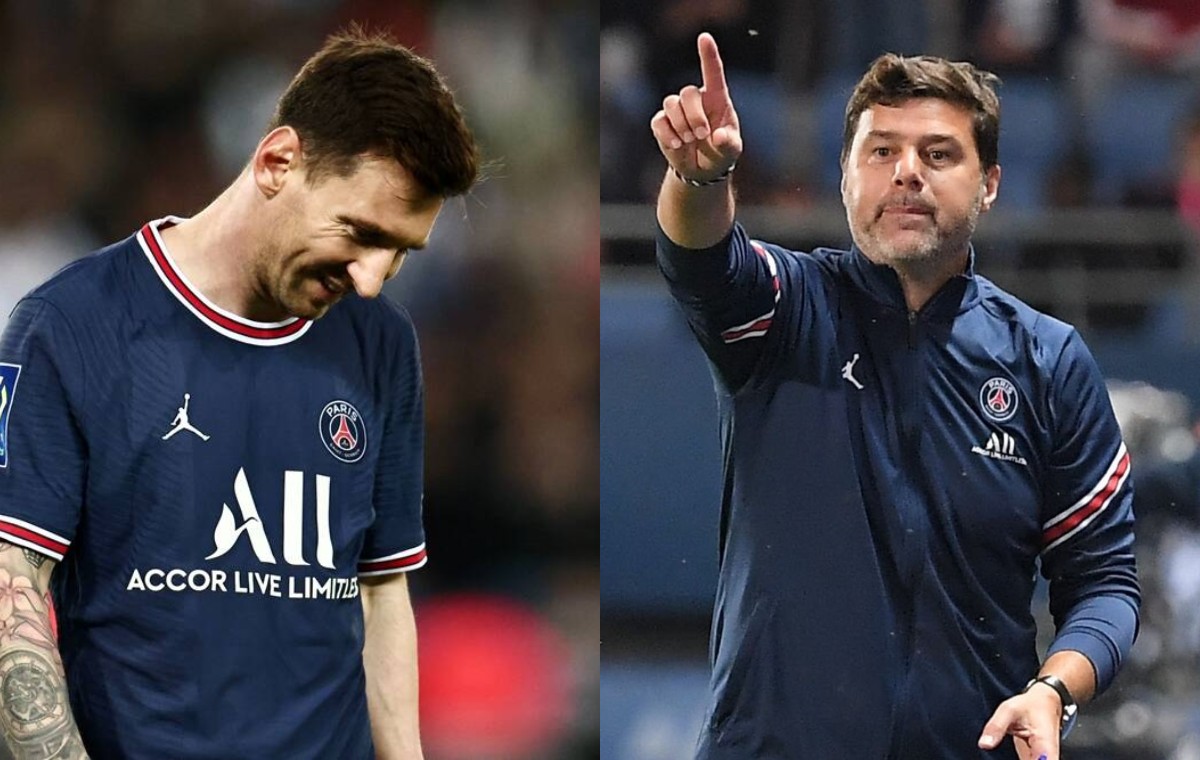 Manchester United may want to take note of a report revealing that Lionel Messi is not too happy with life under Mauricio Pochettino at Paris Saint-Germain.

The Red Devils have been strongly linked with Pochettino by The Athletic and others in recent times, with current interim manager Ralf Rangnick only in charge of the first-team until the end of the season.

Pochettino is highly respected for the work he did at Tottenham, and one imagines Man Utd fans would be excited to have the Argentine at Old Trafford.

Still, L’Equipe claim that Messi isn’t convinced by Pochettino’s tactics, as his style seems to be restricting the ability of the club’s front three to perform at their best.

Mauricio Pochettino isn’t winning everyone over at PSG

This could be something for United to think about, as it remains to be seen if Pochettino is really that well suited to the demands of managing one of Europe’s elite.

The 49-year-old did great work to make Spurs more competitive, but it’s a very different challenge working with big names at clubs like PSG or United.

L’Equipe’s report raises major doubts over whether Pochettino really is the ideal candidate for MUFC.