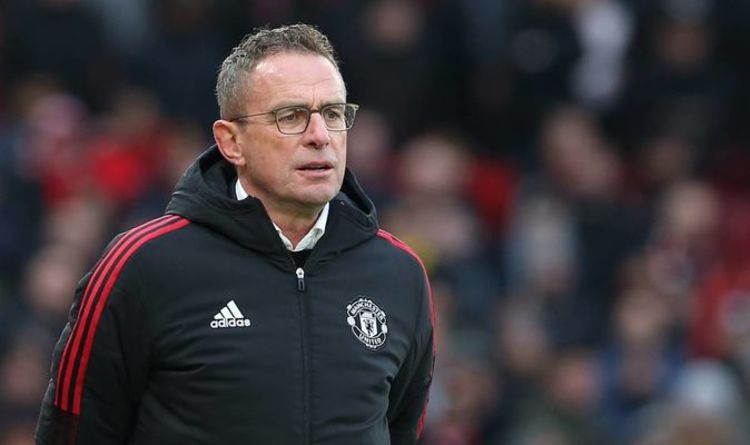 Manchester United’s plans to find a long-term manager in the summer may have to be brought forward following developments at Paris Saint-Germain. United have appointed Ralf Rangnick as interim manager until the end of the season, yet they might have to move faster if they want to hire Mauricio Pochettino.

Rangnick has signed a six-month contract with United to take over from Ole Gunnar Solskjaer.

He started his stint with a 1-0 win over Crystal Palace on Sunday, but no matter how successful he is the plan as it stands is for the German to move into a two-year consultancy role at the end of the season.

United have long admired Pochettino and have previously explored the idea of hiring him as manager when Solskjaer was still in charge.

The former Spurs boss was strongly linked with the job when Solskjaer was floundering in October, but ended up staying put at PSG.

However, rumours are beginning to swirl in Paris, meaning United may have to move faster than originally planned if they are to appoint the 49-year-old as their next long-term boss.

Rangnick has only signed a six-month contract with United (Image: GETTY)Pochettino has been targeted by United for the past few years (Image: GETTY)

PSG are 11 points clear at the top of Ligue 1, but back-to-back draws against Lens and Nice have undermined Pochettino’s authority.

Pochettino has downplayed the problems ahead of PSG’s final Champions League group stage match against Club Brugge, although he did admit there was a “storm” around the club.

“We know that in a club like PSG, on which the light shines very brightly, rumours are part of our life,” he said on Monday.

“In the middle of these storms, we will never stray away from our ideas. Because we know that after the storm, the sun will come out.

“And then we’ll be able to make those who love the club benefit from our work.”

If PSG do sack Pochettino before the season is over, it could save United a fair amount of money, with the Argentine no longer under contract.

French outlet Telefoot recently reported that PSG would have been willing to let Pochettino leave the club last month.

Had PSG been able to find a replacement and had United offered between £12.7million and £16.94m (€15-20m) to buy him out of his contract then the deal could have been done.

United ultimately opted for Rangnick, but it seems they could still press fast-forward on their plan to hire Pochettino before the end of the season.