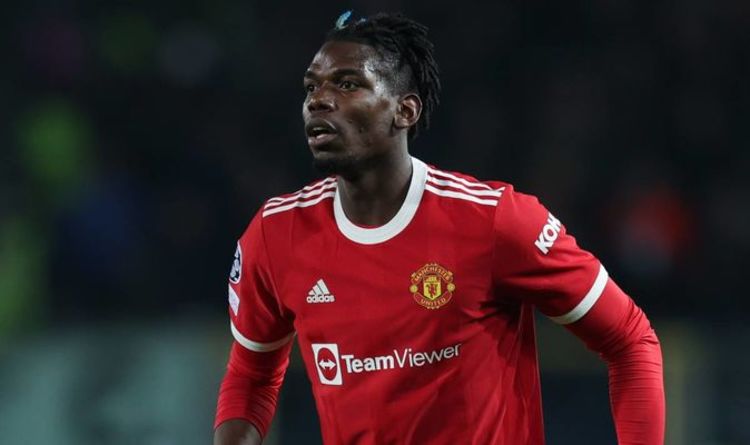 Manchester United have been told they could kill two birds with one stone if they replace Paul Pogba with Frenkie de Jong in the summer. Pogba is out of contract at United at the end of June and former Leeds forward Noel Whelan thinks Barcelona star De Jong would be the “perfect” signing at Old Trafford.

Pogba was offered a bumper new deal under Ole Gunnar Solskjaer at the start of the season, but has so far refused to commit himself to the club.

With Solskjaer gone and Ralf Rangnick now in charge, it seems increasingly likely that the French midfielder will move on to a new club in 2022.

Pogba has been linked with Paris Saint-Germain, Real Madrid and Juventus in the past few months and will be able to discuss a free transfer with clubs from January.

According to reports in Spain, United are interested in signing De Jong from Barcelona as Pogba’s replacement next summer.

Speculation suggests United would go up to around £46million (€55m) for the Dutchman’s signature, while Barca would seek closer to £60m (€70m) if they were to sell.

JUST IN: Rangnick's Man Utd successor at could be clear after RB Leipzig move

Pogba is likely to leave Manchester United next year (Image: GETTY)De Jong has been a regular in midfield for Barca this season (Image: GETTY)

“With Paul Pogba likely leaving on a free transfer at the end of the season, maybe to Paris Saint-Germain – De Jong could be that replacement they will need.

“They need to start rebuilding under Rangnick, so if they can get this one over the line it would be a quality signing.”

He won’t come cheap, but his arrival at Old Trafford could have the knock-on effect of revitalising Donny van de Beek.

Van de Beek left Ajax a year after De Jong but retains a close personal relationship with his international team-mate.

The duo were two of the stars of Ajax’s run to the semi-finals of the Champions League in 2018/19 and are in tune with each other’s game.

Van de Beek has struggled for game time since joining United last summer, with Solskjaer frequently leaving him on the bench.

The Dutchman could be handed a fresh start under Rangnick – and the possible arrival of De Jong next summer could be another boost for his Old Trafford career.