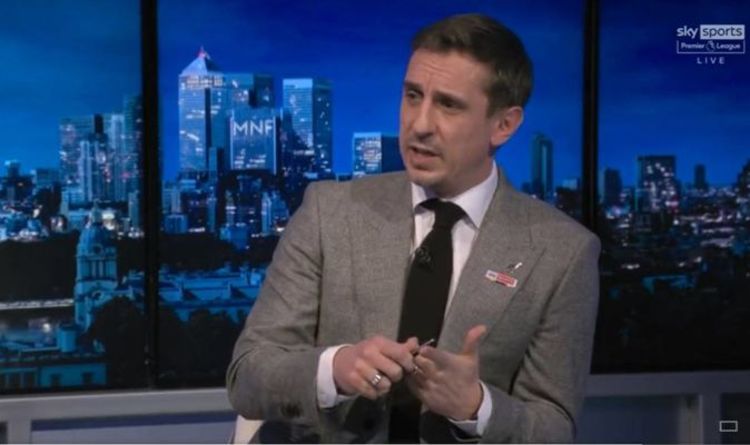 Manchester United should be “agile” when plotting their course of action for the club in the summer, according to Gary Neville. United have appointed Ralf Rangnick on a six-month contract as interim manager but there is a possibility he could stay in charge of the side beyond the 2021/22 season.

There is plenty of excitement around United at the moment after Rangnick secured a win in his first game in charge since succeeding Ole Gunnar Solskjaer as manager.

United beat Crystal Palace 1-0 at Old Trafford on Sunday thanks to a second-half goal from Fred as fans got a first glimpse at Rangnick’s famous pressing game.

The 63-year-old German has been placed in charge of the team until the end of the season, when he is expected to move into a two-year consultancy role.

However, Rangnick himself has said this is only a framework and that he could stay on for longer as manager, if that is deemed to be the best option.

Much will depend on what other managers are available in the summer and former United defender Neville believes his old club should keep an open mind and be flexible in their approach.

JUST IN: Rangnick's Man Utd successor at could be clear after RB Leipzig move

“Let's say there isn't anyone world class available who can lead the club over the next four years, and Ralf Rangnick has a good six months. I wouldn't be against him staying on for another season as a United fan.

“However, let's say halfway through that season a world-class manager becomes available – and it happened with Ole when Mauricio Pochettino left Tottenham – you might think if one becomes available for four years, who will be the right man for the project, maybe at that point he goes to that upstairs role and a manager comes in.

“If he wins the Champions League, the players absolutely love him and the football is unbelievable, then you probably would just keep him going, but still be flexible to know he can go upstairs and manage a great manager or coach who could come in for the long-term.

“They should be agile, they've got to make sure they're open to all options.”