Zidane would be perfect at Utd and Pogba should stay if he's focused, says Saha

Rooney and Van Nistelrooy were 'certainties' to succeed at Man United 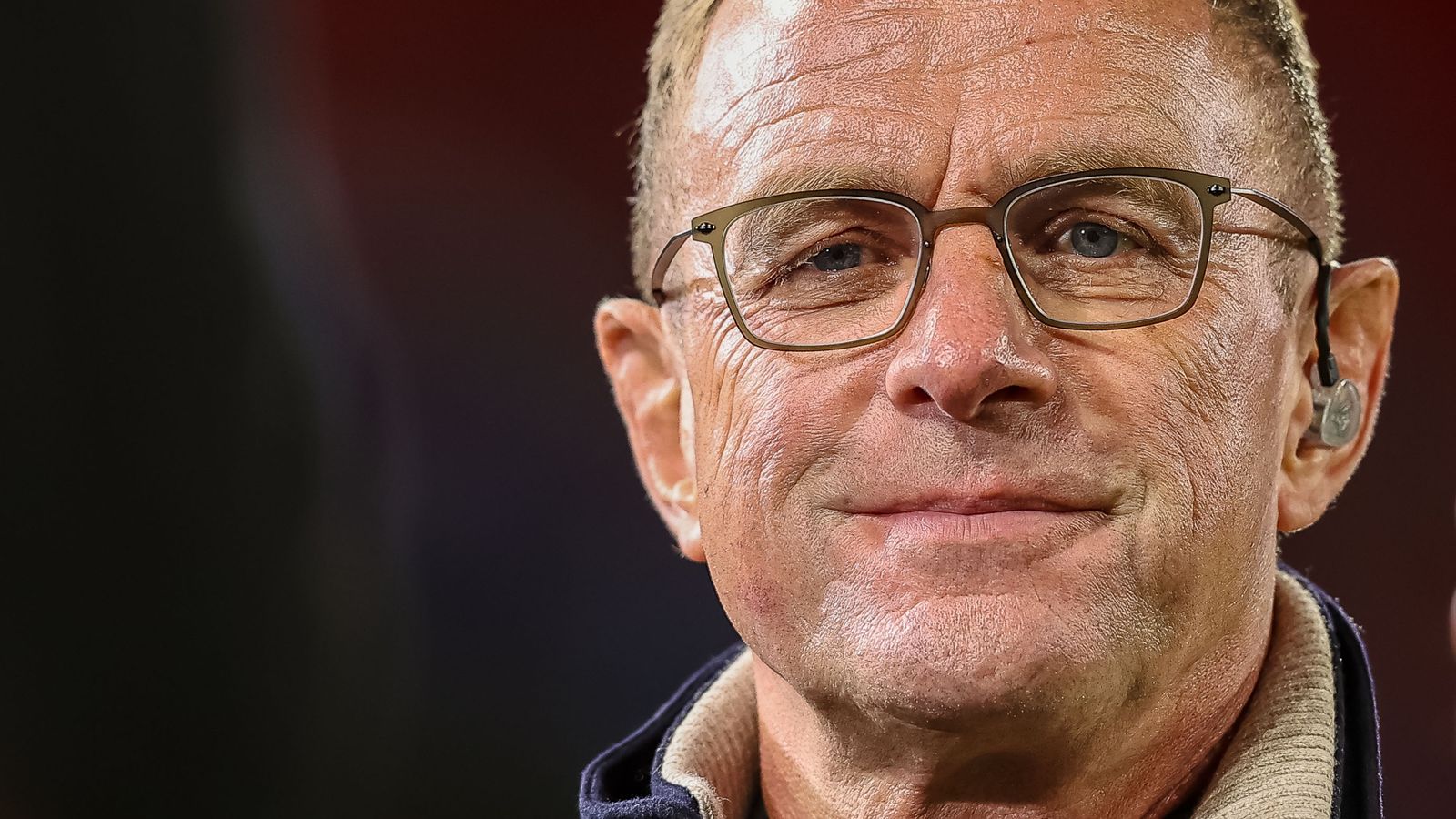 Gary Neville assesses Ralf Rangnick’s first game in charge of Manchester United, identifying a significant change of shape and praising the new coach for bringing order after the chaos.

Fred's goal in the 77th minute was enough to secure the three points against Crystal Palace at Old Trafford in what was a much-changed Manchester United performance.

"Was it flamboyant football? Were Manchester United at their absolute best in their last hour? It was a struggle at times. The first half an hour they were absolutely fantastic. The last hour they got the job done.

"But I actually sat down today and I respected the last hour more than the first 30. He had 48 hours to coach his team, 48 hours to be with his players.

"We have all spent the last six or seven weeks saying that Manchester United have been a mess defensively. They had not had a clean sheet in 16 games, conceding goals like you would not believe, getting battered at home by Liverpool and Man City, counter-attacked against Leicester, Villa, Villarreal. All the other teams had cut through them.

"What Ralf Rangnick would have wanted was order. Order in the performance. I think we got that.

"A big one is that on average it looked like teams were going to score 1.6 goals per game against United. You are in big trouble if you end up conceding two goals in a game. Less than one yesterday. They were more competitive, more tackles, more duels."

United won back possession of the ball 12 times in the final third of the pitch - not only a high for the club this season but since Opta began recording such data.

"Possession won in the final third was a massive one. What they did is they sustained attacks and they stopped teams cutting through them and they stopped counter-attacks. They won the ball back quicker.

"Everyone assumed it would be Jurgen Klopp-style heavy-metal football. They did not run more but what they did do was work smarter."

Manchester United set up in a 4-2-2-2 shape with Jadon Sancho and Bruno Fernandes as the wider midfielders, while Cristiano Ronaldo and Marcus Rashford were up front. Fred and Scott McTominay were paired in midfield - but their position was changed.

"What really struck me was how compact the midfield two and the front two were together. They were almost locked. That was in possession and out of possession.

"Ronaldo was never exposed having to press on his own as we have seen in recent weeks because he had Rashford alongside him.

"Ordinarily, you would say that the central midfield players, when the other team has possession, you would want them close together but when you are on the ball you would split them. Rangnick did not let Fred and McTominay separate at any point in the game.

"What it did was give Manchester United a really narrow shape and a good platform to build attacks from but more importantly it nullified the threat of one of the best counter-attacking teams in the Premier League.

"It has been chaotic. A mess to watch in recent weeks. You have to stop teams counter-attacking against you or it eats away at your confidence. This was the difference yesterday. They were tight, they were compact.

"The amount of times that you saw Manchester United in possession but in that very narrow shape was incredible. That is all to stop the counter-attack.

"So, for me, what did I see? I saw a clean sheet, the first for 16 games. Manchester United not looking like they were going to get counter-attacked against. It looked like there was a bit of order and patience in the game.

"I think what Ralf Rangnick gave those United players was just that maturity on the sideline, just that little bit of experience. He didn't panic. He didn't go and chase the game. He didn't put Fernandes in midfield and take Fred off and say, 'Let's empty the midfield.' He retained that.

"The most important thing that Rangnick did was get that clean sheet, stop that counter-attack and ensure it was not chaotic, a mess. I think that was a really good foundation to build from.

"The football will come but they have got to stop conceding goals. They need to be tougher to play against and harder to beat. Job No 1 was done. They have got to keep on doing that if they are going to succeed."

But what is success for Manchester United this season? They are already 11 points behind Premier League leaders Manchester City but only three adrift of West Ham in fourth.

"I think if you are being sensible then top four is the target. What has happened already this season means they cannot win the league. I don't think they are good enough anyway.

"But I think they can certainly have a good season and finish in the top four. It would be incredible if they could win one of the cups. That would be a fantastic season for Ralf Rangnick.

"That would be great success."