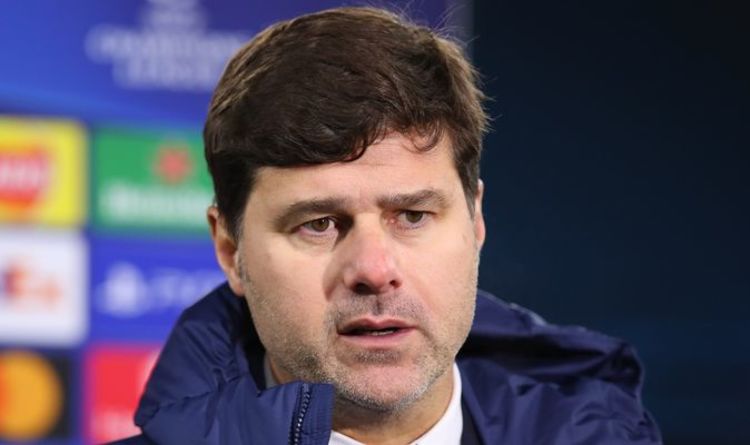 Manchester United could soon be sent back to the drawing board in their search for Ralf Rangnick's permanent successor, with Mauricio Pochettino 'not certain' to avoid the sack at Paris Saint-Germain, according to reports. The Red Devils are currently on the lookout for a new manager to take charge at the start of next season following the arrival of Rangnick on a temporary basis.

The latter will be in the dugout until the end of the current campaign after penning a six-month contract at Old Trafford earlier this month.He will move into a consultancy role ahead of next season, with a fresh permanent appointment set to be made before the first ball is kicked.United chiefs are said to have a number of potential options in mind, with Pochettino believed to be among the names at the top of the shortlist.The former Tottenham boss arrived at PSG earlier this year and has overseen a period of radical change during his short time in the French capital.

Pochettino's side failed to lift the Ligue 1 trophy last season but currently find themselves sitting pretty at the top of the division after a large-scale recruitment drive over the summer.

Mauricio Pochettino is said to be a permanent target for Man Utd (Image: GETTY)

However, it seems as though the 49-year-old's long-term future in Paris is anything but certain ahead of the new year.

The club's hierarchy have refused to rule out the possibility of giving Pochettino his marching orders before mid-February, according to AS.

The report claims that although PSG have not actively discussed a change in management as of yet, it could emerge as an option due to a growing sense of discontent from inside the club's dressing room.

There are said to be 'doubts' over Pochettino's tactical ability from within his own ranks in spite of PSG's 11-point lead over second-placed Rennes in the Ligue 1 table.

It has also been reported by L'Equipe that Lionel Messi is particularly unconvinced by his manager's ability to succeed on all fronts, suggesting that a mutiny could soon be on the cards.Meanwhile, it remains to be seen whether United's interest in Pochettino would be affected by his premature dismissal if PSG decide to pull the trigger in the near future.The Red Devils may choose to pursue one of their alternative targets instead of chasing a manager who, if sacked by the French giants, would have been deemed unworthy by a club with similar ambitions.

An enforced departure from PSG could result in his stock dropping considerably after failing to achieve domestic glory last season, with the likes of Eric Ten Hag and Roberto Mancini also being linked with the United role in recent weeks.

Ralf Rangnick will stay in charge of the Red Devils until the summer (Image: EXPRESS)

However, Pochettino's sacking would make negotiations far easier for United if they eventually decide to double down on their interest in his services.He is currently tied down until the summer of 2023, meaning that they would need to pay millions in compensation to prise him away from the Parc des Princes as things stand.Pochettino remained coy when quizzed on the United job earlier this month, insisting that he is settled in Paris and declaring that he is yet to consider the possibility of an exit."I’m fine in Paris," he told reporters. "I know the city well both as a player and as a coach, I’ve always experienced these kinds of situations.

"Things happen and it’s not my responsibility. What I’m going to say if you ask me I am happy in Paris."