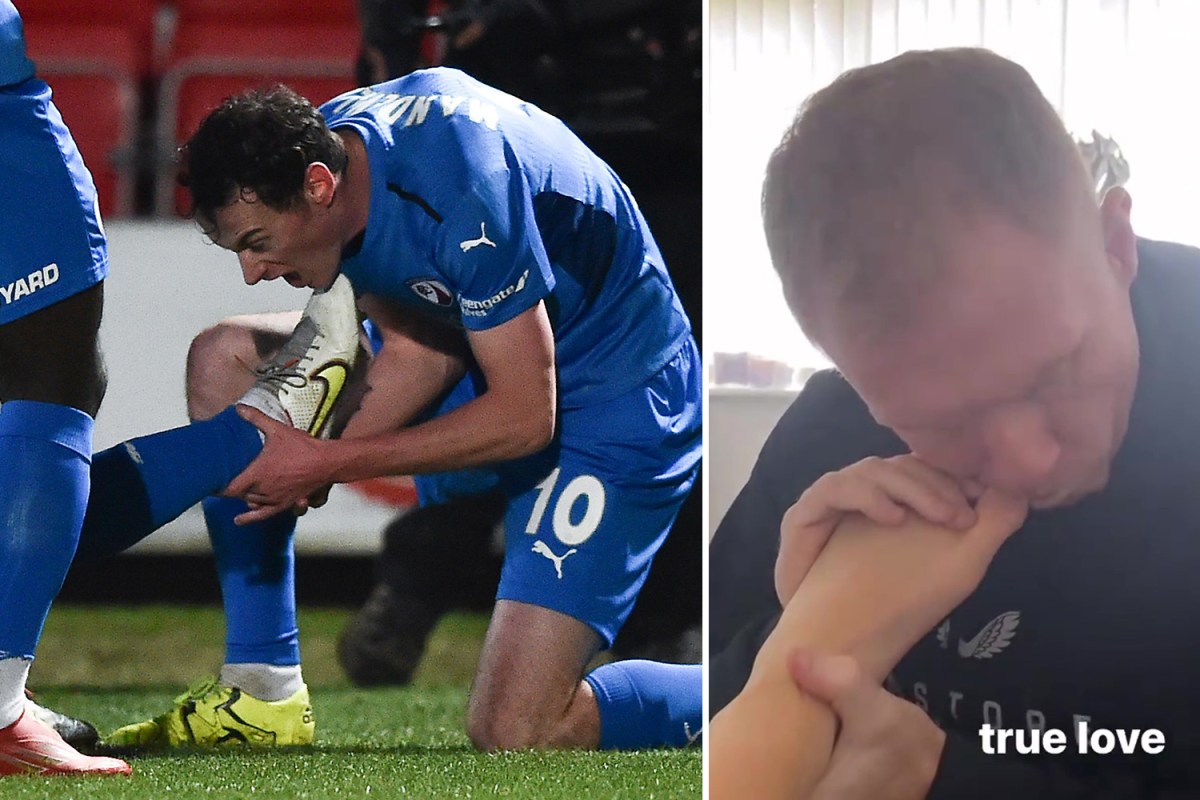 CHESTERFIELD mercilessly mocked Paul Scholes as they celebrated knocking Salford out of the FA Cup by mimicking him chewing his daughter’s toenails.

Chesterfield mocked Paul Scholes' toe video as they dumped Salford out of the FA CupCredit: Getty

Scholes appeared to be chewing on her big toenail, and Alicia captioned the sole-destroying video: “True Love.”

On Sunday, Chesterfield travelled to Salford City - owned by Scholes and a host of other ex-Red Devils - for their FA Cup second round tie.

And Liam Mandeville’s magnificent strike in the 28th minute set the visitors on their way to book a place in tomorrow’s third round draw.

As the Chesterfield fans erupted in scenes of jubilation, Mandeville beckoned his teammates to join him for a hilarious celebration.

One player dropped to the floor as Mandeville picked up his foot.

And the No10 pretended to chew on the top of the boot in a clear parody of Scholes’ antics.

Chesterfield then piled on the pain in the 86th minute when James Kellermann’s effort sealed a 2-0 win at Moor Lane.

But Mandeville isn’t the first to have a laugh at Scholes’ expense over the bizarre clip.

Ex-United pal Rio Ferdinand refused to toe the line when he posted a picture of his feet while in hospital.

A fan replied showing a picture of Scholes and his daughter’s trotters, saying: “He will be there soon Rio. Sit tight."