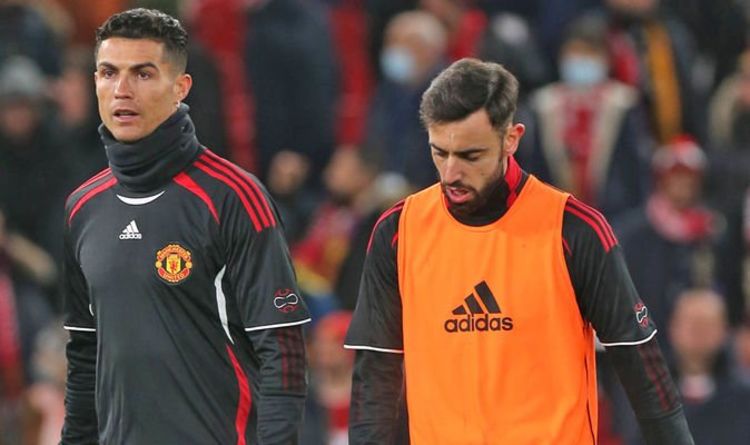 Cristiano Ronaldo and Bruno Fernandes have both challenged Manchester United players this season, according to Fred. The pair are two vital assets at Old Trafford. But they’ve been powerless to prevent the Red Devils from enduring a problematic campaign so far.

Manchester United signed Fernandes in the January transfer window of 2020, with the midfielder shining in the time since.

Ronaldo, meanwhile, returned from Juventus in the summer after 12 years away having previously looked set to join Manchester City.

With both Fernandes and Ronaldo being shining lights for the club in recent times, they’re well-respected figures inside the dressing room.

And Fred, speaking to ESPN Brasil, has revealed the pair have both challenged their team-mates over the course of the season.

“Everyone wants to have a great performance, both for themselves and the group, and if something goes wrong, we’ll demand from ourselves,” he said.

“He’s a winning guy, who has reached the maximum level, and to reach his level he has to be very competitive.

"He really gives this positive help and he just wanted to help and it’s very positive for all of us."

Now, Ronaldo and the rest of the United squad will be managed by Ralf Rangnick.

The German has been hired as an interim replacement for Ole Gunnar Solskjaer, who was sacked last month.

And Arsenal legend Thierry Henry thinks Ronaldo still has a big part to play under Rangnick.

“So, they need to have a discussion on who is going to give up a little bit on what they usually like to do and ego’s going to have to be put on the side at one point for the good of this club.

“It shouldn’t be a Ronaldo thing or a Rangnick thing, they need to find a way to pull this club forward.”