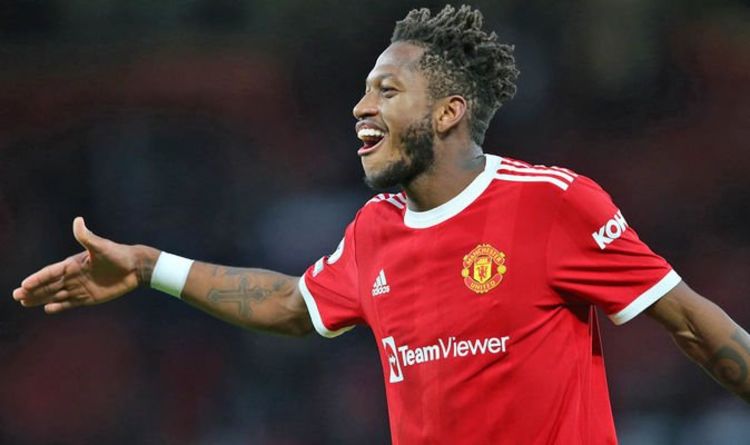 Manchester United star Fred has opened up on the positives from Ralf Rangnick’s first game in charge following their 1-0 win over Crystal Palace on Sunday. The Brazil international scored the only goal of the game at Old Trafford. And the result means the Red Devils are now unbeaten in their last four matches across all competitions.

Manchester United went into their match with Crystal Palace on a high after a stirring 3-2 win over Arsenal in midweek.

And though they weren’t always at their best against Palace, they still got the job done.

Fred notched the winning goal for the home side, with the Brazilian curling his effort into the top corner after some neat work from Mason Greenwood.

It was just his fourth goal for United since his move from Shakhtar Donetsk back in the summer transfer window of 2018.

And Fred, speaking to club media after the game, picked out the positives from the display as Rangnick got his reign off to a good start.

But Fred wasn’t the only highlight for the Red Devils.

Diogo Dalot and Alex Telles were both impressive, meaning Aaron Wan-Bissaka and Luke Shaw may struggle to get into the team.

Rangnick, meanwhile, was delighted as his side claimed victory at the first time of asking.

“I’m very happy with the way the team performed, the way they played – especially the first half-hour, that was exceptional,” he said.

“The only thing missing was 1-0 or 2-0. We had control of the game. I am very happy with the result and the clean sheet.

“I said in my first press conference, there are things we need to improve on, to get clean sheets, to get control of the game.

“What they [my players] showed was more than I expected, to be honest.

“I was positively surprised by the physical state and intensity, the first half-hour was amazing, I felt it was extremely high-tempo, high intensity, always on the front foot.”

Fred could be involved when United face off against Young Boys in the Champions League on Wednesday.