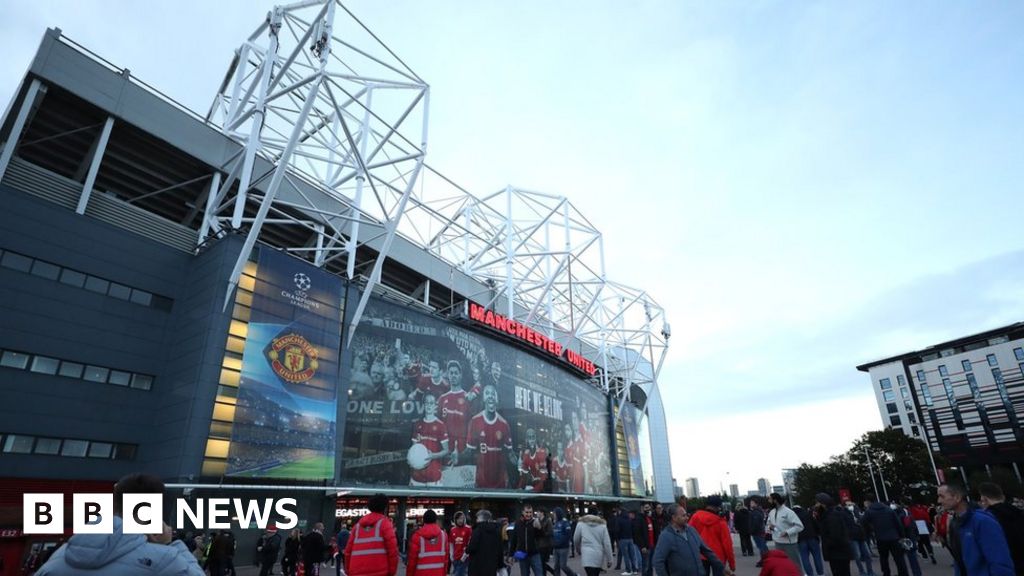 The man was arrested at Old Trafford during Sunday's game

A man has been arrested on suspicion of making racist comments during Manchester United's Premier League win over Crystal Palace.

The 56-year-old was arrested at Old Trafford on Sunday on suspicion of a racially aggravated public order offence and remains in custody.

United won the game 1-0 thanks to a 77th minute goal from midfielder Fred.

Supt Hemingway said the force worked "closely with Manchester United to promote good behaviour at matches and to identify anyone who commits a criminal offence".

"The vast majority of fans acted in an exemplary way, allowing each other to just enjoy the match without any significant issues, but unfortunately this was tainted by this man's disgusting actions," she added.

"As well as being arrested we will work with our football partners to ensure the strongest action is taken including banning those fans from attending future football matches," she said.