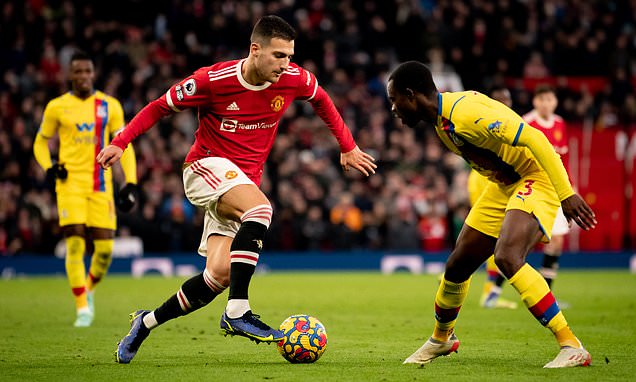 Diogo Dalot has emerged as a target for Roma and his former head coach Jose Mourinho.

The Manchester United defender had struggled for playing time at the club before Ole Gunnar Solskjaer's departure in November.

Since then, Dalot has started the last two matches at Old Trafford - victories against Arsenal and Crystal Palace.

However, that has not dissuaded Mourinho from seeking a reunion with the full-back he signed for United from Porto in 2018.


According to Gazzetta dello Sport, Roma's technical director Tiago Pinto has been informed by Mourinho that Dalot should be considered a top target in January.

The 22-year-old already has experience within the Italian top flight, having spent time there on loan with Milan during the 2020-21 season.

While appearing out of the picture under Solskjaer, it could be that Dalot is set for a bit of a renaissance under Rangnick.

Picked ahead of Aaron Wan-Bissaka at right back on Sunday, it was the Portuguese star's second straight start for United, having previously only made four substitute appearances this season.

Dalot's current contract runs until 2023 at Old Trafford, having penned a five year deal when signing in 2018.