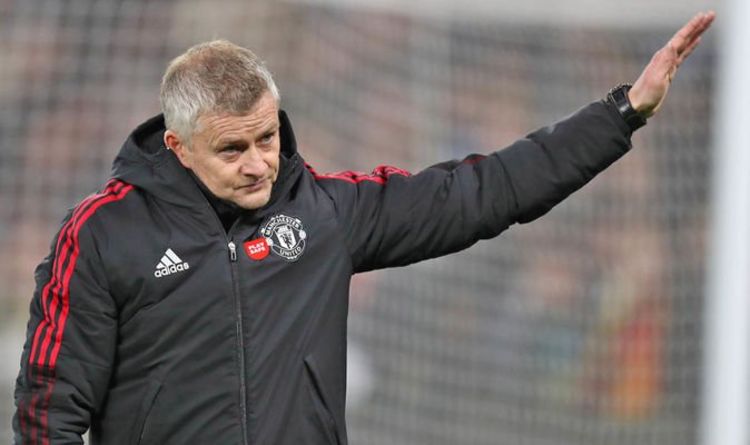 Ole Gunnar Solskjaer’s sacking at Manchester United sparked an emotional reaction from inside the club, according to reports. The Norwegian lost his job last month after his team had won just one of their previous seven Premier League matches. And Ralf Rangnick is now in charge at Old Trafford.

Solskjaer was confident he could steer United to Premier League glory after being backed in the summer transfer window.

Jadon Sancho, Raphael Varane and Cristiano Ronaldo all moved to Old Trafford, with the trio seen as substantial signings at the time.

However, Solskjaer was unable to get the best from his new recruits with United going backwards under him.

After heavy defeats to the likes of Watford, Manchester City and Liverpool he was relieved of his duties last month - with Rangnick installed as his successor.

The Athletic say that there were ‘emotional’ scenes as the Norwegian departed, with staff talking to the 48-year-old.

Solskjaer supposedly told them ‘that’s football’ when asked about his sacking, with the Norwegian facing up to the problems during his tenure.

Carrick was put in charge after the axing of his former team-mate, overseeing matches with Villarreal, Chelsea and Arsenal.

And the publication states that there was another emotional atmosphere when news of the former midfielder’s exit broke.

United knew the day before their win over Arsenal that Carrick was on his way out.

Yet they decided to keep things a secret because they didn’t want to cause a distraction before the match with Mikel Arteta’s side.

Meanwhile, regarding Solskjaer, he stated last month that he was proud of his work at the club.

“Of course, it’s one of those things you dream of in your life.

“It’s been a ball, it’s been absolutely enjoyable from the first to the last minute, so I have to thank all the players because since I came in, they’re top lads, top people.

“Some have come, some have gone, but all of them, they’ve been such an enjoyable bunch to work with.

“I’m so honoured and privileged to have been trusted to take the club forward, and I really hope that I leave it in a better state than when I came."