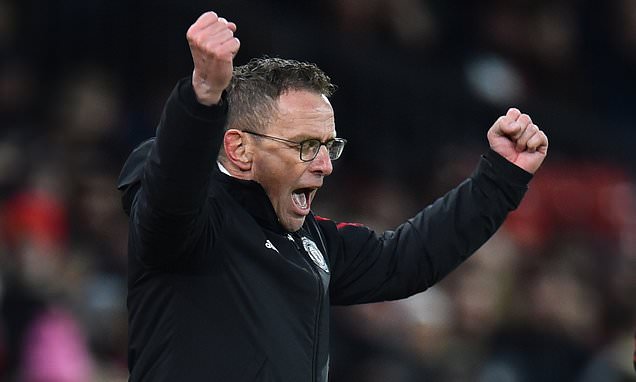 Ralf Rangnick gave Manchester United fans a fasciniating insight into his tactics after tasting victory in his first match in charge of Crystal Palace.

The German interim boss had Fred to thank for securing victory with a well-taken second-half strike to get his Old Trafford reign off to a winning start.

United lined up in a completely new shape, with Rangnick opting for a 4-2-2-2 for his first match in charge.

It resulted in a high-octane pushing game in the first half, before levels dropped off a little in the second.


But fans were really appreciative of the 63-year-old's attention to detail after the game, as he gave a thorough explanation as to why he had chosen to implement the new line up in his opening match.

'For me, the question was how do we get pressure on the ball, how do we get control? So I decided to play 4-2-2-2 with two strikers, not Cristiano alone up front, together with Marcus [Rashford], using pace for vertical balls,' he told the press, as reported by utdreport.

'At the same time, with Jadon [Sancho] and Bruno on the two 10 positions, for the rest [of the players] it was the same.

'We had enough space with Bruno and Jadon in those 10 positions for our full-backs to play forward and ask for the ball on the wing.

'They [Bruno and Sancho] almost played like wing-backs. Especially in the first-half, Alex [Telles] and Diogo [Dalot], did extremely well offensively and that's why I played 4-2-2-2. I'm a big fan of every player plays in his best possible position.'