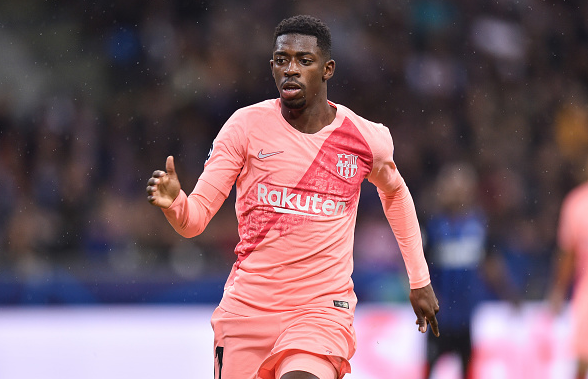 Ousmane Dembélé’s future is a regular topic of discussion in the Catalan media as he is yet to commit his long-term future to Barcelona. His current deal expires in 2022.

The La Liga side have tabled a renewal offer, while Premier League sides are showing interest in him. Among them is Manchester United.

Four days ago, Mundo Deportivo reported the Red Devils have ‘positioned themselves’ to sign the 24-year-old.

Journalist Cristina Cubero has provided an update on the France international’s situation in Monday’s edition of Mundo Deportivo.

She claims Xavi Hernández’s side ‘continue to trust’ Dembélé’s word. When approached by club officials, the World Cup winner has repeated he is happy at the Camp Nou.

Barca have already tabled an offer [including fixed wage and bonuses] to make him the highest paid player at the club.

The Old Trafford side get a mention as Cubero states ‘Manchester United squeeze’ to acquire the former Borussia Dortmund man’s services.

United have the ‘financial capacity’ to take Dembélé away from the Camp Nou. They can propose better deals to both the player and his agent, than what the Spanish club are planning to offer.

At the moment, there is no clarity on what the Frenchman will do with his future.

Sport on Monday claim Barcelona are aware the attacker’s camp, in recent weeks, ‘were seen with’ United and other interested parties.

His representatives are postponing talks with Barca over a renewal, ‘to reach the month of January’, so that they can be ‘free to negotiate’ with clubs that have approached them.