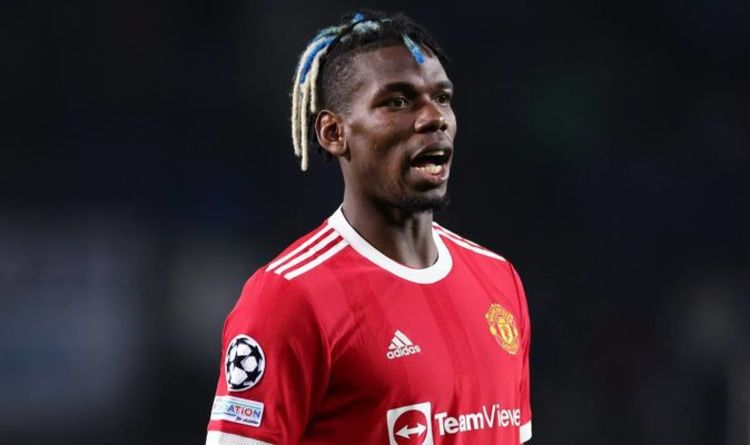 New Manchester United interim boss Ralf Rangnick may already have his first major decision to make, as contract talks with Paul Pogba have hit a snag. Therefore the German must now look at midfield replacements to prepare for the Frenchman's departure.

Manchester United are heading into a new era with interim boss Ralf Rangnick, and they are set for further change in the near future as they prepare for life without Paul Pogba.

The French star has been linked with a move away from Old Trafford for some time, after his club-record £89million signing back in 2016 didn't turn out as expected.

Despite this, Pogba reportedly wants to become the highest paid player at the club in order to sign a new deal, something that United naturally aren't willing to honour.

Therefore, it seems increasingly likely that Pogba will be leaving the club on a free next summer, and Rangnick is tasked with finding a suitable replacement.

Here Express Sport takes a look at four options that Rangnick could opt for to replace Pogba.

JUST IN: Ralf Rangnick must solve Cristiano Ronaldo issue to get best out of Man Utd side

Franck Kessie is also out of contract at the end of the season, making him a viable replacement due to the Ivorian operating a similar role to the one that Pogba found himself in at Juventus.

Kessie is having a standout season at AC Milan and they currently sit top of Serie A, but it looks likely that the midfielder will leave on a high and seek a move elsewhere.

The midfielder would demand considerably less than Pogba too, and if United don't wish to wait around, it's likely that Milan could cash in on Kessie in January to avoid losing him for free.

The 24-year-old has a market value of £50m according to Transfermarkt, so it could be a shrewd piece of business for United.

Amadou Haidara could be on his way to Manchester United (Image: GETTY)

United have been linked with a shock move for Barcelona's Frenkie De Jong, with the Catalan side desperate to raise vital funds amid their financial crisis.

The Dutchman is under contract at Barcelona until 2026, meaning a sale could shift a significant amount of their wage bill too, with United reportedly interested in pursuing a £60m deal, according to El Nacional.

If De Jong were to move, it would see him reunite with former Ajax and current Netherlands teammate Donny van de Beek, who has had a torrid time at United since moving in 2020.

The move could bring the best out of both stars, as United would house two Dutch players for the first time since the Louis van Gaal era.