‘They want to be us’: Arsenal fans fume at Man United star’s celebration
HITC 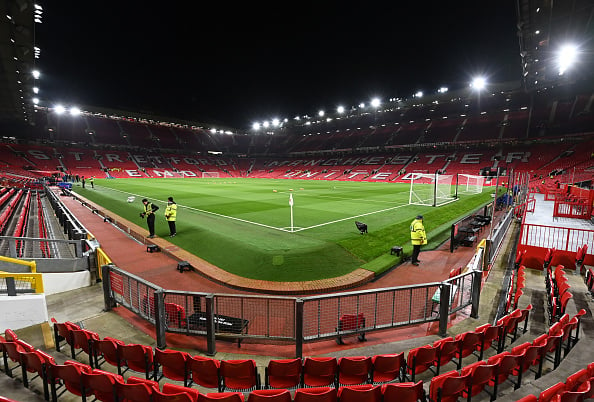 Manchester United inflicted further misery on Arsenal’s week by building on from their win against the Gunners with a 1-0 victory against Crystal Palace at Old Trafford.

Fred’s sole goal of the afternoon against the Eagles in Ralf Rangnick’s first match in charge of United was enough to secure the three points for the Red Devils.

The result now puts the Manchester giants ahead of Arsenal in the table, with Mikel Arteta’s side facing Everton tomorrow evening at Goodison Park.

With United, Tottenham and West Ham all winning, it has been the worst possible weekend for Arsenal. And three points against the Toffees on Monday will be needed if they are to keep up with the pace in the top-four race.

As well as the result at Old Trafford, Arsenal fans on social media were also fuming with how Fred celebrated his goal against Palace for United. The Brazilian international seemingly seemed to copy Bukayo Saka and Gabriel’s celebration earlier in the season.

Indeed, whilst there was nothing offensive about the celebration, it was enough for Arsenal fans on social media to react to the event. Although it looked like Fred had stolen Saka and Gabriel’s moves, it’s actually something deeper than that.

The dance is tied to the Brazilian national team, with the celebration being used and seen over various levels for the South American giants whenever a goal is scored. The likes of Neymar and Gabriel Jesus have done similar post-goal rituals this season.

Arsenal fans rage at Fred’s celebration for United against Palace

Despite this, Arsenal fans on social media were not happy with what they saw from Fred, with supporters fuming that the United midfielder seemingly copied Saka and Gabriel for his celebration against Palace.

They wanna be us so bad 😂 https://t.co/0ymhGoobMj

Wow the influence is real https://t.co/ErQwzddNmm

They are trying so hard to be like us 💀😭 https://t.co/fDQGt9uhmA

Looooool this is horrendous https://t.co/eJXou9t2Ps

biggest error of all time https://t.co/bL9W6tBrSP