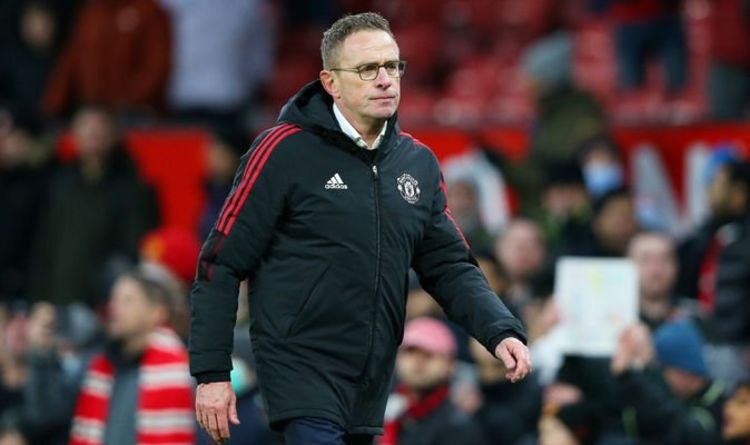 Manchester United interim manager Ralf Rangnick has already made a huge impact as he led his new side to victory in his first game at the helm on Sunday afternoon as the Red Devils beat Crystal Palace 1-0. Rangnick took over at United on Monday and has agreed a deal to oversee the team until the end of the season before he moves into a consultancy role behind the scenes.

A  new-look United side produced an energetic performance against the Eagles as Rangnick’s influence clearly shone through.

But Palace were tenacious and frustrated the hosts for long periods of the game before Fred finally hit the winner.

The Brazil international sent a curling first-time effort over Vicente Guaita in the 77th minute to ensure Rangnick’s tenure began in style.

And the victory moved the north west side up to sixth in the table and just three points behind fourth-placed West Ham.

United didn’t exactly produce an inspired performance against Patrick Vieira’s side – but one amazing stat shows the instant impact Rangnick has made on his team.

According to a BBC stat analyst on Twitter, the Red Devils had 26 touches in the Palace penalty area during the first half of the game – which is more than they have managed in any other opening period this season.

Rangnick clearly wants his team to be more of an attacking threat and by creating opportunities to move the ball into the opposition box, United should be able to increase their output in front of goal.

“The only thing missing was the 1-0 or 2-0. The way we defended, we had control of the whole game - the clean sheet was the most important part.

“These are the things we must improve. We need to keep clean sheets. With just the one training session, I was really impressed. We did much better than expected.

“We always tried to be on the front foot. We were never not apart from maybe the last five minutes.

"At all other times we were trying to keep them away from our goal.”