Man Utd vs West Ham bonus - Bet £20 and get money back as cash if you lose! 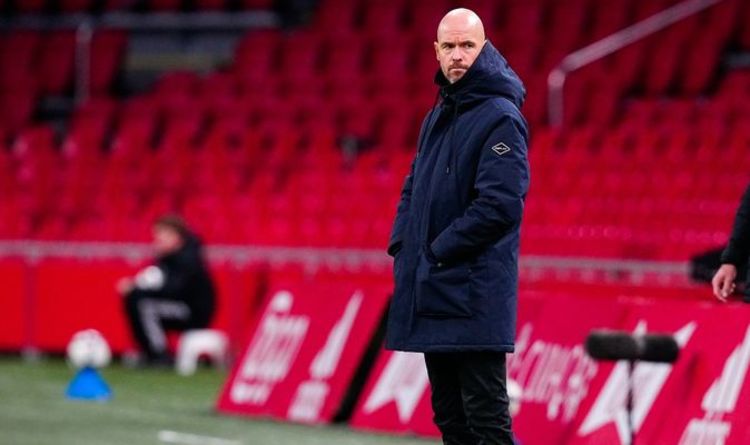 Manchester United players have been put on notice after the club's long-term managerial target Erik ten Hag was slammed by Ajax ace Nicolas Tagliafico over his man-management skills.

Veteran German coach Ralf Rangnick was handed the reins at Old Trafford this week for the next six months, with the club still expected to appoint a permanent replacement for Ole Gunnar Solskjaer next summer.

It's likely that Ten Hag will feature prominently when United do reassess the situation in six months' ​time.

Given that fact, it's likely that some United stars may be less than impressed with Tagliafico's most recent comments on the Dutchman after he spoke out on his bit-part role at the Dutch giants.

Ajax chief Erik ten Hag has been slammed by one of his own players (Image: GETTY)

"It's true that he's built a strong team. But if I was him, I would talk more with the players on the bench. This is important," the defender told NOS.

It's unlikely these comments from Tagliafico will endear ten Hag to the majority of the United squad. The defender has started just four games this season and his outburst seems to suggest that Ten Hag hasn't made much of an effort to appease those players who perhaps aren't a fixture in his first team.

Although Ten Hag, who has been persistently linked with the United hot seat this year, has been heralded for his tactical nous, Taliafico's first-hand appraisal of the 51-year-old's man-management skills could also raise some concerns amongst the Manchester United hierarchy.