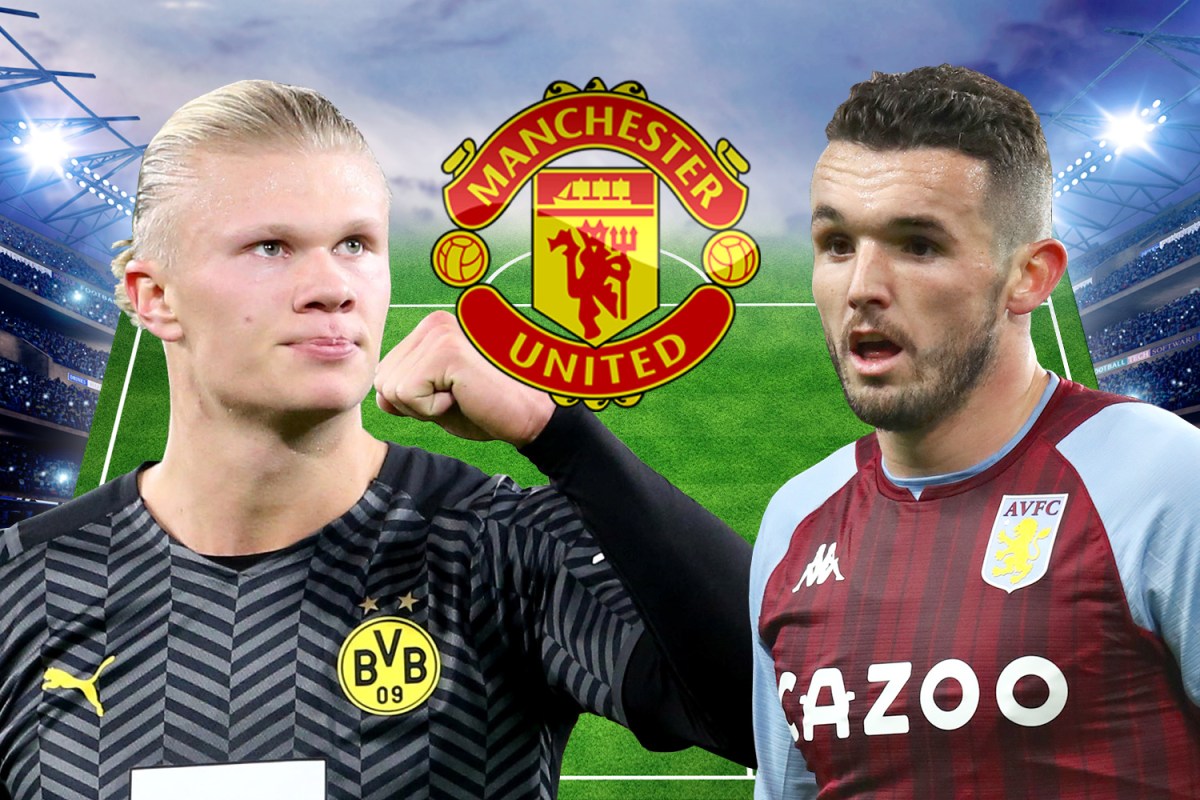 ERLING HAALAND could partner Cristiano Ronaldo up front in a lethal attack if Ralf Rangnick lands his top transfer targets.

The January window is less than a month away.

Erling Haaland is wanted by some of Europe's top clubs but Manchester United could win the raceCredit: AFP

And the interim Manchester United boss will already have drawn up his wishlist for the Old Trafford board to try and buy.

Top of that list is Borussia Dortmund striker Haaland, who has been tearing it up for the Bundesliga side with 72 goals in 70 games since his 2020 switch.

But before that, Rangnick oversaw the striker's move from Molde to Red Bull Salzburg two years ago when he was director of football for the Austrian side - which has given United hope he can work his magic again.

The German would reportedly bag a cool £8million bonus if he can broker the Haaland transfer, too.

And they will want to get on with sorting a transfer as soon as possible to steal a march on the likes of Manchester City, Chelsea and Real Madrid who are all keen.

As revealed by SunSport, Rangnick also wants to bolster the midfield in January.

The club have renewed their interest in Aston Villa ace John McGinn - but he would likely cost at least £50m.

And RB Leipzig midfielder Amadou Haidara is expected to be Rangnick's first signing once the Red Devils trigger his £32m release clause.

That would see the two new signings line up in midfield together.

It would also spell the end of 'McFred' - Fred and Scott McTominay - to the delight of many United supporters.

The vocal Twitter fans wasted no time in blasting Rangnick when his first team sheet was announced to face Crystal Palace, featuring the defensive midfield duo.

Elsewhere, David De Gea is expected to remain as the No1 in goal with Raphael Varane and Harry Maguire the first-choice centre-back pairing.

At full-back, it could be either Aaron Wan-Bissaka or Diogo Dalot at right-back and Alex Telles or Luke Shaw on the left.

Then depending on what formation Rangnick opts for, Bruno Fernandes and Jadon Sancho could support the strikers.

Marcus Rashford is another option.

Ronaldo could be brought wider to have Haaland on his own through the middle - or the five-time Ballon d'Or winner might be dropped altogether to allow Rashford, Fernandes and Sancho to operate behind the Norwegian.