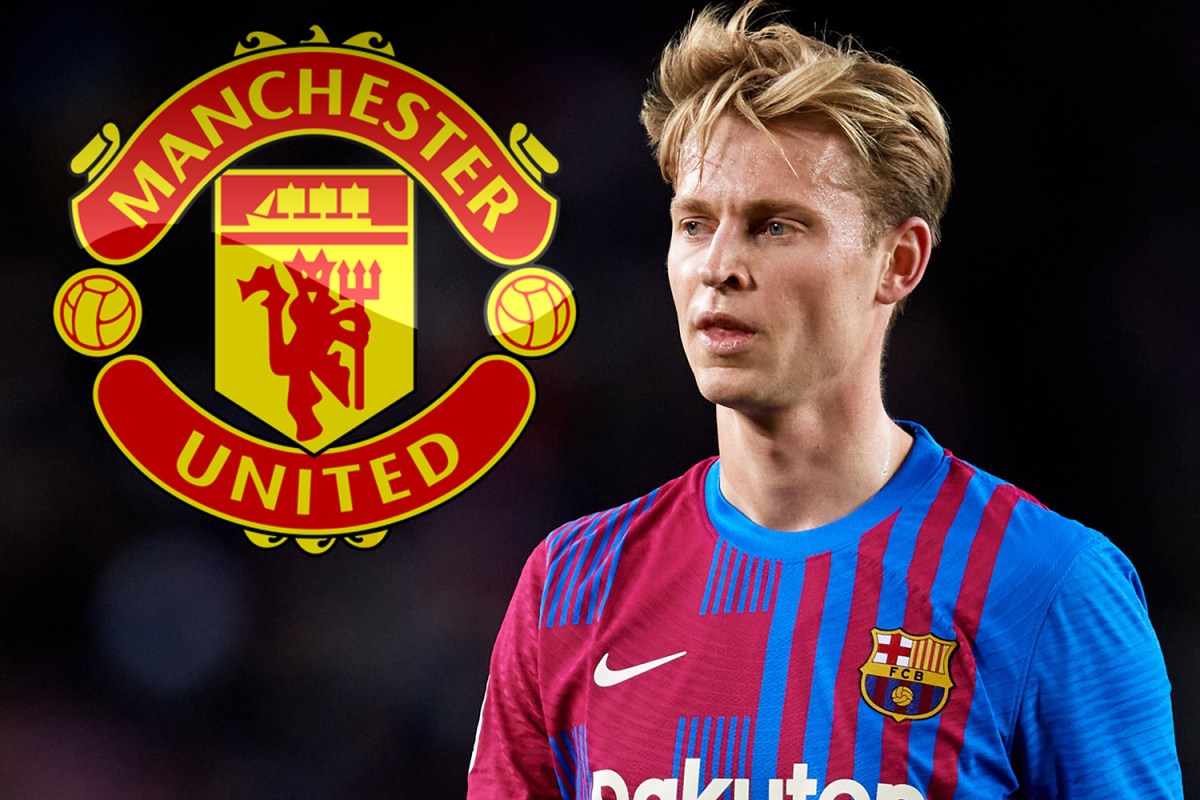 With Ralf Rangnick appointed interim manager until the end of the season, the German will be looking to make his mark on the squad when the window opens next month.

And after reportedly turning down the chance to sign Philippe Coutinho from the Catalan giants, United are now being linked with his team-mate De Jong.

According to El Nacional, the Red Devils are very keen on the 24-year-old Dutch midfielder.

They know of Barca's financial woes and therefore would not be willing to offer more than £47m - £18m less than the Catalan giants paid Ajax for De Jong in 2019.

However, the report adds Barcelona would not even consider accepting an offer lower than £60m.

De Jong is under contract until 2026 so if Rangnick really wants him at Old Trafford, the United board will need to back him with a bigger transfer fee.

But Barcelona president Joan Laporta may have no choice but to accept the offer if his club remains in such significant debt.

New manager Xavi, who replaced De Jong's compatriot Ronald Koeman, views the technician as one of his key players and wants to build the team around him.

He started on the bench in Saturday's 1-0 home defeat to Real Betis to ensure he is sharper to face Bayern Munich on Wednesday.

Xavi insisted there are no plans to sell De Jong - but admitted new arrivals in January must be preceded by sales.

The ex-midfielder said: "Frenkie de Jong will not leave the club.

"He’s not for sale - we consider Frenkie as a key player for Barca.

“The club is working to strengthen the team in the winter transfer window.

"If a new signing arrives, someone has to leave."

And they have also renewed their interest in Aston Villa ace John McGinn as they hope to bolster the midfield options.