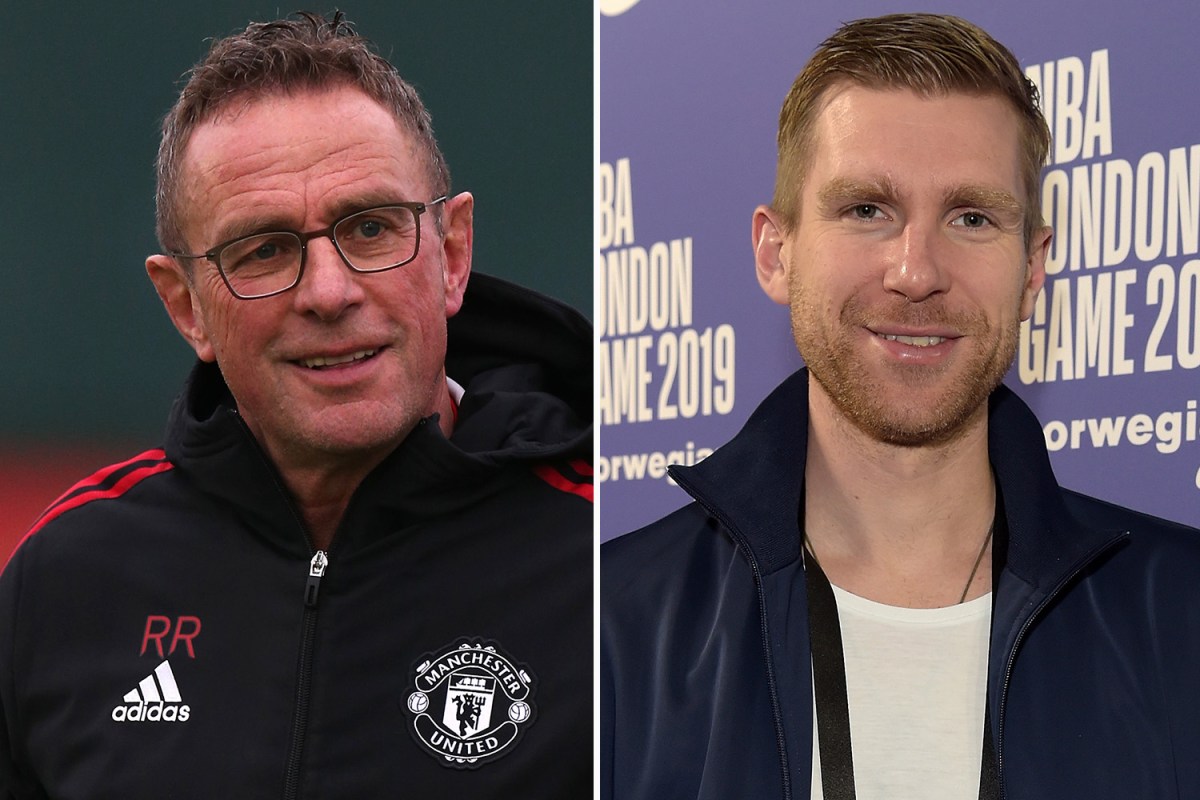 MANCHESTER UNITED'S new boss Ralf Rangnick once gave Arsenal icon Per Mertesacker the 'biggest b******ing in the world' for eating a kebab.

The 63-year-old is expected to rule over his new Old Trafford squad with an iron fist - and that includes diet scrutiny, which Mertesacker learned the hard way.

It came after the German ate a kebab while playing for Rangnick at Hannover 96Credit: Getty - Contributor

Former centre-back Mertesacker played under Rangnick at Hannover 96 and revealed the coach came down on him like a ton of bricks after he made a poor food choice.

The former Germany international said last week: "Where I used to have nutrition setbacks - like eating a donor kebab in the classrooms and the next day I got the biggest b*****ing in the world

"I remember it to this day.

"He said: 'If you do that again and don't take care of your nutrition, you'll be gone.'

"These moments when a coach and a mentor gives you the right triggers, you quickly learn from them."

Rangnick revealed this week he wants to stay on as United boss and could even recommend himself like he did at RB Leipzig.

Disciplinarian Rangnick also introduced a wheel of fortune with humiliating forfeits for stars who disobeyed.

SunSport revealed last week that despite a contract being drawn up for just six-and-a-half months as manager, and then two years as a consultant, he had not given up on getting the job full time.

And Rangnick confirmed: “Right now I’m fully aware they might be looking for a new manager.

“If they will then speak with me about that we will see.

"Maybe if they ask my opinion and everything goes well and we develop the team I might even make the same recommendation to the board that I did at Leipzig twice when I recommended it might be a good idea to keep working with me for one year.

“But this is all hypothetical. For me now it’s about winning the next games and this is the major focus.”

The experienced German coach takes the reins from caretaker boss Michael Carrick who had an impressive three games in charge.

He booked United’s place in the next stage of the Champions League with a group game to spare after beating Villarreal away 2-0.

He then earned a 1-1 draw at league leaders Chelsea and a dramatic 3-2 home win over Arsenal on Wednesday as Rangnick watched from the stands.

Carrick immediately quit the club but not before Rangnick had spent time trying to convince him to stay on.

United host Crystal Palace on Sunday afternoon and could leapfrog Arsenal into fifth with a win.

But Tottenham play Norwich on the same day and will move above the Red Devils with a win - pushing Rangnick's side down to sixth.