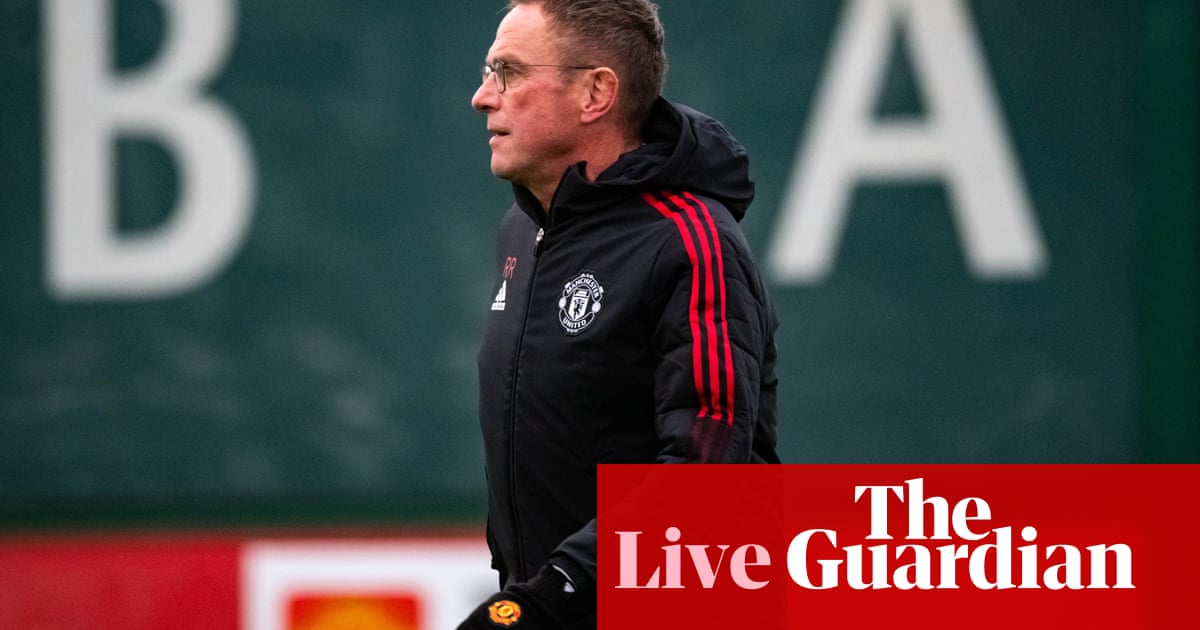 Ralf Rangnick has been putting his new charges through their paces in training. Photograph: Ash Donelon/Manchester United/Getty Images

Is Cristiano Ronaldo an expensive liability or a gegenpressing goal machine? Is Harry Maguire a League One-level clogger or a Franz Beckenbauer-in-waiting? Are Manchester United a serious football club or more a social media content provider? These are some of the questions Ralf Rangnick will need to answer during his time at Manchester United, however long it may last: his insistence on a two-year consultancy deal is a bit like the club’s top management being put on special measures by their new employee.

Another pertinent question: Do players lose you games, or tactics? One wonders if, in all the excitement, Rangnick had time to watch Thomas Tuchel’s Chelsea fall at West Ham yesterday largely due to a succession of glaring individual errors. After much hype and speculation, this afternoon we’ll have the first tangible evidence of what the ‘godfather of gegenpressing’ is going to bring to Manchester United and the Premier League.

There is no shortage of plots and sub-plots as far as Manchester United are concerned, then, and post-Roy Hodgson Crystal Palace are writing an interesting story of their own this season. Patrick Vieira’s fresh approach has energised the squad, with Conor Gallagher bossing the midfield at times, and it is not too long since they came to Manchester and bloodied the noses of Pep Guardiola and City. This, no matter what happens, is going to be worth watching.

Pre-match reading, team news and much more coming up.