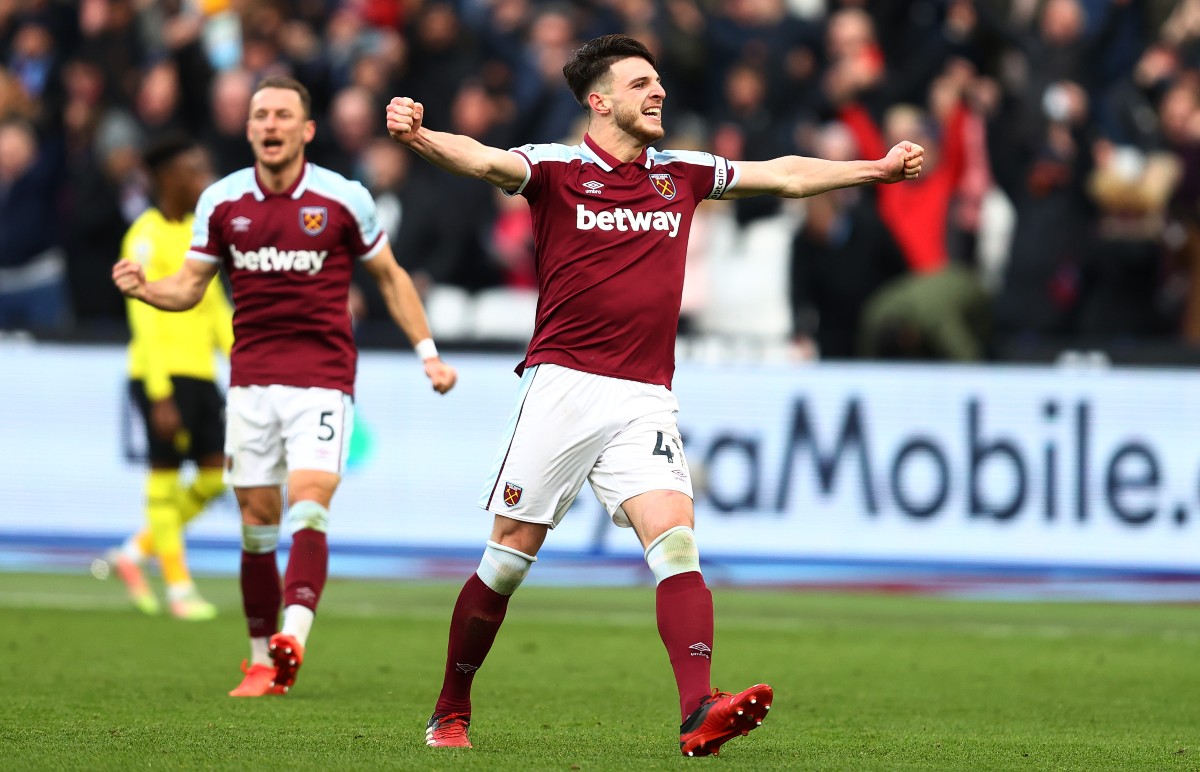 Chelsea are reportedly firmly ahead of Manchester United in the race to seal the transfer of West Ham midfielder Declan Rice.

The England international had been a target for the Red Devils, though they were supposedly put off by his €100million asking price, according to Todo Fichajes.

Chelsea, however, would be more willing to pay that fee for Rice, while the player himself is also said to be keen on a ‘dream’ move to Stamford Bridge, according to the report.

This will surely be seen as bad news by most Man Utd fans, who will surely be eager to see their club invest in a midfielder to come in as an upgrade on the likes of Fred and Scott McTominay.

By contrast, Chelsea are pretty strong in that department already, with big names like N’Golo Kante, Jorginho and Mateo Kovacic shining as among the finest in Europe in that area of the pitch.

Declan Rice would be a superb signing for Chelsea

Rice could be a superb long-term addition for the west London giants, though, with Kante and Jorginho not getting any younger, and of course there’s always the bonus of signing a top talent ahead of your big six rivals.

Even if United are no longer in for Rice, one imagines the 22-year-old would not have much trouble finding interest from the likes of Manchester City and Liverpool as well at some point.

United have also been linked with Brighton’s Yves Bissouma by the Transfer Window Podcast in recent times, so it may be that they have alternatives in mind who could be cheaper than Rice.