An Ode to Michael Carrick
The Busby Babe 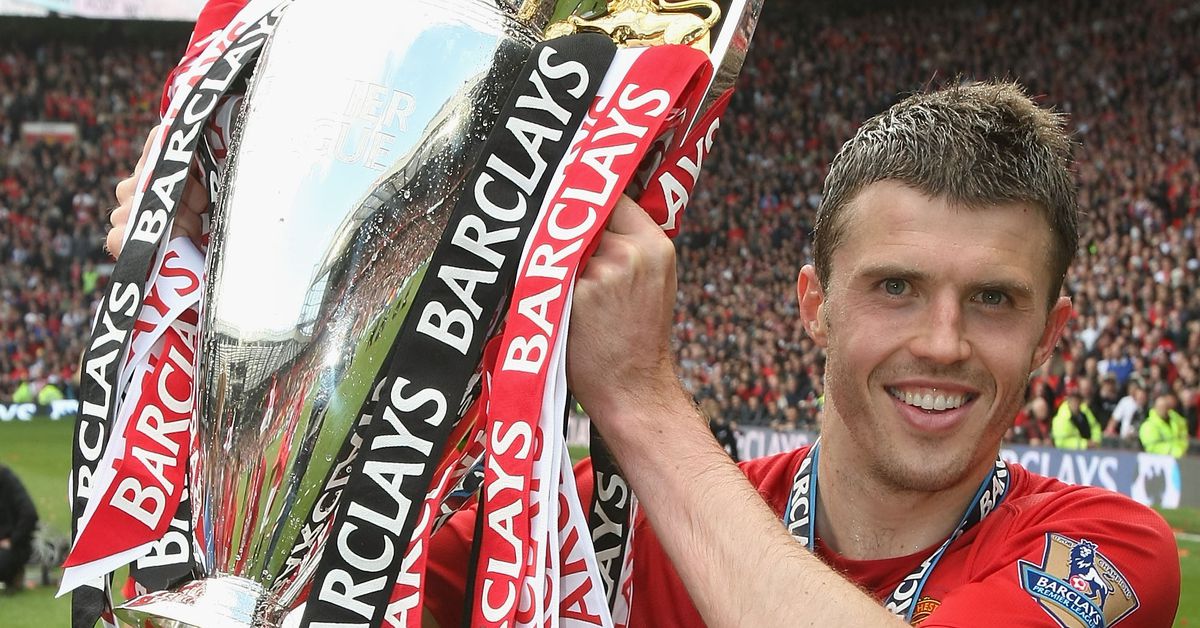 Manchester United defeated Arsenal by a score of 3 - 2, finally beating the Gunners for the first time in over three seasons. The match ended up being the last one Michael Carrick would manage from the dugout as Ralf Rangnick now takes charge. But it goes further than that, Carrick also stepped down as First team coach following the match and will not part Rangnick’s staff going forward.

Much like Ole Gunnar Solskjaer, Carrick has been with this team through the thick and the thin and his absence from the dugout is going to be a weird sight this Saturday. Underappreciated, this article is an Ode to Michael Carrick and all he has done for this team in his career both as player and coach, on and off the pitch.

This story starts with a transfer from Tottenham Hotspur to Manchester United back in 2006. The nearly $30 million fee seemed pricey at the time, but United paid off in the long run. With United, Carrick had a ton of success playing and holding down the middle of the field. He was a part of teams that won the Premier League five times, the English League cup three times, the F.A. Cup, the Champions League, and the Club World Cup.

On the pitch, Carrick was smooth. He sat in the middle of the park and dictated the play expertly, and he can pass the ball with the best of them. He was a crucial part of any starting XI he was in. He was always composed, never looked like he did not know what to do in any situation and you can always tell when he was not on the field because the midfield did not play the same.

In a way, you can say the United midfield has not been the same since he stopped playing. You can definitely say they did not find a replacement. Having a center midfielder who can just sit, pick out any pass and control the tempo has been lacking from this United side. Paul Pogba has the potential, but he is a different player, he is much more attack minded with his passing and overall play style.

After his playing days he did not stop serving the club. After retiring, he joined Jose Mourinho’s staff after Rui Faria parted ways with the club. He would later stay on board when Ole Gunnar Solskjaer took charge of the team. On November 21, 2021, he took the role as interim manager after Solskjaer departed. Managing for just three games, Carrick led them to victory in the Champions League vs. Villarreal, a draw against Chelsea and a win vs. Arsenal. That is not a bad three game stint at all.

He was a well liked guy in the changing room. Here’s what Captain Harry Maguire said following receiving the news after the match yesterday.

“He just spoke to us in the dressing room, an emotional dressing room really, as he’s been a big part of this club for a large number of years as a player but also as a coach,” Maguire said. “He’s been a great player for this club, a legend at the club, he’s won everything at the club and he’s been a fantastic servant in terms of his coaching.”

It is always hard when you lose a guy like Carrick in terms of just having him around the players, the staff and just in the building. He is a high character guy and at the end of the day, he knows his stuff. He was a top class player and coach for this club and we will all certainly remember him for that.