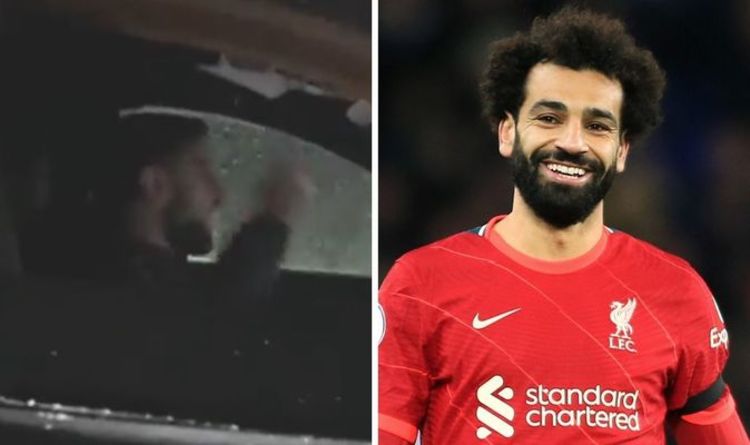 Manchester United midfielder Bruno Fernandes has been amusingly trolled by fans who picked Liverpool forward Mohamed Salah over the Portuguese in their Fantasy Premier League team. Fernandes broke a long goal drought during the Red Devils’ 3-2 win over Arsenal on Thursday, while Salah scored twice against Everton to take his tally for the season up to 19.

Fernandes’ goal against the Gunners was his first in 15 matches, with countryman Cristiano Ronaldo instead shouldering the goal-scoring burden at Old Trafford this season.

And a fan has been videoed informing the 27-year-old that he is no longer a must-have for FPL players.

He has just 64 points on the game, in which users pick a team of top-flight stars, this campaign due to his lack of goals from midfield. Premier League top-scorer Salah is way ahead on 146.

In the video, Fernandes can be seen pulled up alongside a car with two fans inside. They were presumably waiting at traffic lights.

The driver can be heard shouting: “Bruno! Bruno!”

Fernandes then looks across to engage with the two men.

A man in the passenger seat of the car then takes over, telling Fernandes: “Mohamed Salah all the way, I’m sorry man.”

The former Sporting Lisbon man can then be seen jokingly shouting: “No!”

Fernandes then drives off while the fans continue to shout his name.

Ronaldo then struck a brace to ensure caretaker manager Michael Carrick ended his reign unbeaten during his three matches.

Fernandes praised his international team-mate after the game, with Ronaldo scoring the 800th and 801st goals of his senior career.

"What can you say about that?" Fernandes told Amazon Prime. "He's incredible, we all know that.

"He's proving game by game, year by year, season by season that he wants to keep being the best.

"He wants to be the best, and that's what you want in your team."