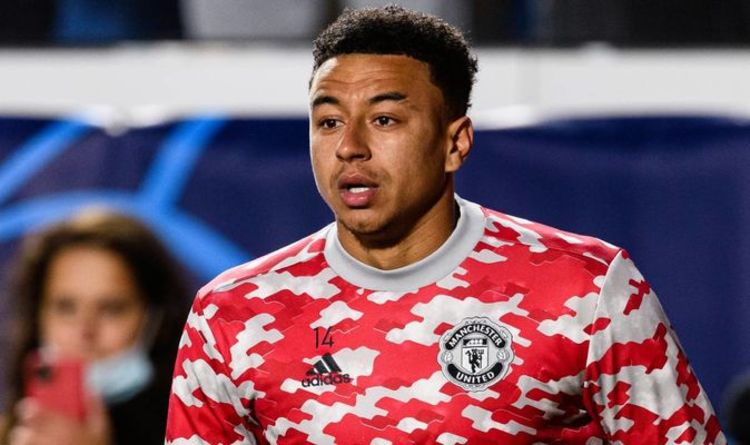 David Moyes has admitted he has been left disappointed by the lack of playing time Jesse Lingard has received at Manchester United. West Ham would love to snap up the playmaker after a sensational loan spell last season.

Lingard's ostracisation at United has left Moyes disappointed at West Ham, who was desperate to sign him during the summer.

It follows a fantastic loan stint in east London for the Red Devils star, who earned a recall to the England squad as a result after two years without a cap.

Under Ole Gunnar Solskjaer last year, Lingard was underused and barely made an appearance after his form plummetted.

The playmaker had failed to register a goal or assist in over a year in the Premier League but that all changed when he swapped gravy and chips for eels and pie.

Jesse Lingard could be set to sign for West Ham (Image: GETTY)

After signing for West Ham in January on loan until the end of the season, Lingard became an overnight sensation under Moyes.

In 16 Premier League matches, he scored nine times and assisted four - propelling the Hammers into a potential Champions League spot but settling for a Europa League slot instead.

Speculation grew that the 28-year-old could make his stay in east London permanent but Solskjaer insisted he was not for sale in the summer despite coming into the final year of his contract.

The Norwegian continued to leave Lingard out of his side and he has not made a single Premier League start this season while the player has also rejected two contract offers from United, paving the way for his exit either this January or in the summer.

And West Ham remain interested, as hinted by Moyes who cannot understand why he has been left out at Old Trafford.

"I can't really talk about him because he's a Manchester United player and it's not for me to talk," said Moyes.

"But he was really good for us. Jesse knows what we all think of him here. My disappointment for Jesse would be, I think he's such a talented football player and he's not playing.

Lingard had a brilliant spell at West Ham under Moyes (Image: GETTY)

"He played a big part in our second half of last season. But you'd have to give credit to the players here, they've moved on without Jesse.

"People might have thought Jesse made a difference here. But the players have moved on and stepped to another level themselves. But I've got to say, Jesse was a big part of that."

Newcastle and Leicester are also interested in Lingard while further abroad the likes of Barcelona and AC Milan are readying offers to land the midfielder on a pre-contract agreement.