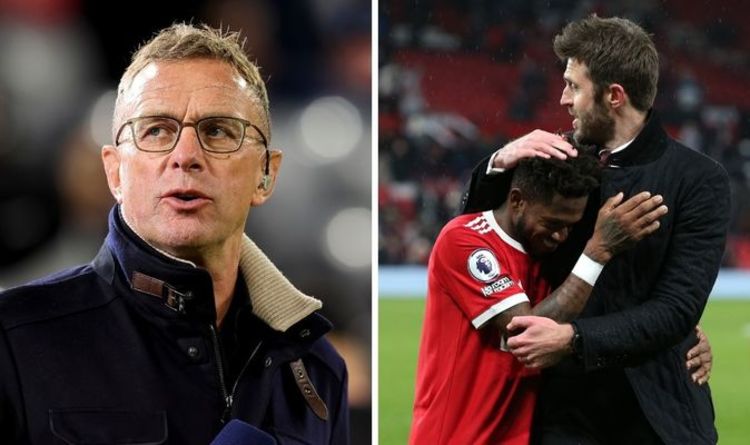 One of Ralf Rangnick's initial tasks at Manchester United could be to win over the squad after Michael Carrick's surprise departure. Rangnick's tenure as United interim manager commenced on Friday, with the 63-year-old set to meet his squad for the first time in the afternoon.

Mere minutes after the Red Devils' 3-2 win over Arsenal at Old Trafford on Thursday night, Carrick's exit was confirmed.

After 15 successful years at the club as a player and coach, the ex-midfield maestro has decided to follow Ole Gunnar Solskjaer out of the door.

In his post-match interview, he explained that players reacted to his announcement in the dressing room with 'shock' and 'emotion'.

Carrick was expected to continue as a first-team coach, and he purposely hid the news from the squad to maintain focus on ending his time at the club on a high, and a high it was.

In his first press conference on Friday, Rangnick revealed he became aware of Carrick's exit plans on Wednesday and tried to prevent it in a lengthy discussion.

He told reporters: "Michael, I got to know this two days ago. I met with Michael and Kieran, [and] I had a long private conversation for more than an hour.

"I tried to convince him to stay. In the end, I had to accept that. I'm more than happy to work with the current coaching staff; I need their expertise.

"I will try to find two or three people that will join us in the coming weeks, but due to Brexit, it's not that easy."