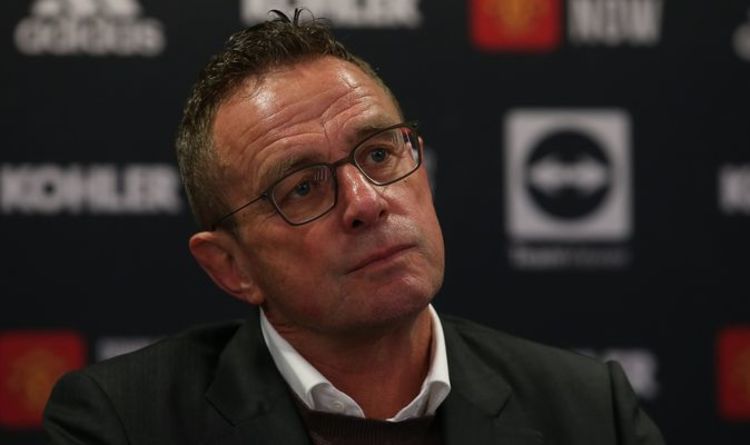 Manchester United's interim boss Ralf Rangnick could take a leaf from Ole Gunnar Solskjaer's book by reintroducing Dean Henderson to the fold at Old Trafford, according to reports. David de Gea has been the club's first-choice goalkeeper since the beginning of the season but has struggled to maintain his best form over the course of the campaign.

The Spaniard has, quite literally, saved United's blushes on a handful of occasions in recent months.He kept out Mark Noble's last-gasp penalty to rubber-stamp an important victory over West Ham United back in September and parried two spot-kicks in quick succession against Watford last month.However, De Gea has also produced a number of poor showings, going on to concede four goals in the same match against the Hornets at Vicarage Road.He was also heavily criticised for going to ground and gifting Arsenal a bizarre opening goal on Thursday evening after he was caught by the studs of team-mate Fred.

It seems as though Rangnick is not entirely convinced that De Gea is the right fit between the sticks for United after witnessing the 31-year-old's mistake first-hand against the Gunners.

Rangnick will take charge of his first United game this weekend (Image: GETTY)

The German coach is weighing up the possibility of giving Henderson a lifeline with the Red Devils over the course of his temporary spell in charge, according to The Athletic.Henderson was drafted into United's starting side by former boss Solskjaer last season and managed to keep De Gea on the substitutes' bench for a period of time.However, the England stopper has featured just once in all competitions this time around after dropping out of contention.

There appears to be a chance that Henderson will receive a fresh opportunity to impress under Rangnick, who is said to have plenty of 'questions' over De Gea's role in the United side.

The report claims that he is worried about the former Atletico Madrid man's ability to communicate and whether some goals against United could have been avoided with better organisation and more aggressive positioning.It remains to be seen whether De Gea will be able to maintain his grip on a starting berth under the guidance of Rangnick over the coming weeks and months.He has conceded 24 goals in the Premier League since the beginning of the campaign and has kept just three clean sheets in all competitions.

United icon Paul Scholes was highly critical of De Gea for his role in handing Arsenal an early lead in Thursday's clash before the Red Devils went on to claim all three points after mounting a successful comeback.

De Gea was at fault for Arsenal's first goal on Thursday (Image: EXPRESS)

"That’s embarrassing," Scholes told Premier League Productions. "You protect your goal, you do anything to stop a goal."To turn away, to not even look, there’s clearly nothing wrong with him. He’s done himself."De Gea should be there, protecting his goal at all times. It doesn’t look that bad to me. The goal had to stand."Scholes' comments were echoed by former Arsenal hero Ian Wright, who added: "When you see David de Gea after the goal, he’s so incensed he sprints after the referee.

"My problem with that is there’s not enough seriously wrong with him to go down. For me, that’s embarrassing."