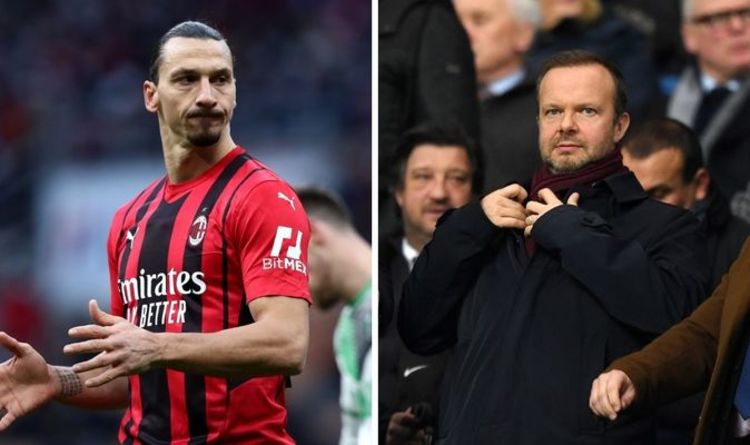 Zlatan Ibrahimovic has recalled the rocky start he made to his Manchester United career after leaking his move to the club. Ibrahimovic's fate was a mystery after leaving PSG as a free agent in 2016, but he sent social media into a frenzy by jumping the gun.

The 40-year-old confirmed he was joining Jose Mourinho at Old Trafford with an Instagram post, captioned: "My next destination will be Manchester United."

However, the club hadn't yet announced his arrival, which usually attracts mass commercial interest, especially for a transfer of that scale.

And Ibrahimovic has since revealed that his decision to announce himself got his relationship with executive vice-chairman Ed Woodward off to a rocky start.

Zlatan Ibrahimovic made a costly error as he joined Man Utd. (Image: GETTY)

The AC Milan forward cited impatience as his reason for doing so and has detailed his agent Mino Raiola's fury in the aftermath.

He told Sport Bladet: "The fact is that I went on Instagram and wrote: 'My next club will be Manchester United.'

"I was so tired of the negotiations. All hell broke loose. Mino wanted to kill me.

"It was only my fault; Mino Raiola had nothing to do with it. I lost patience, that's all.