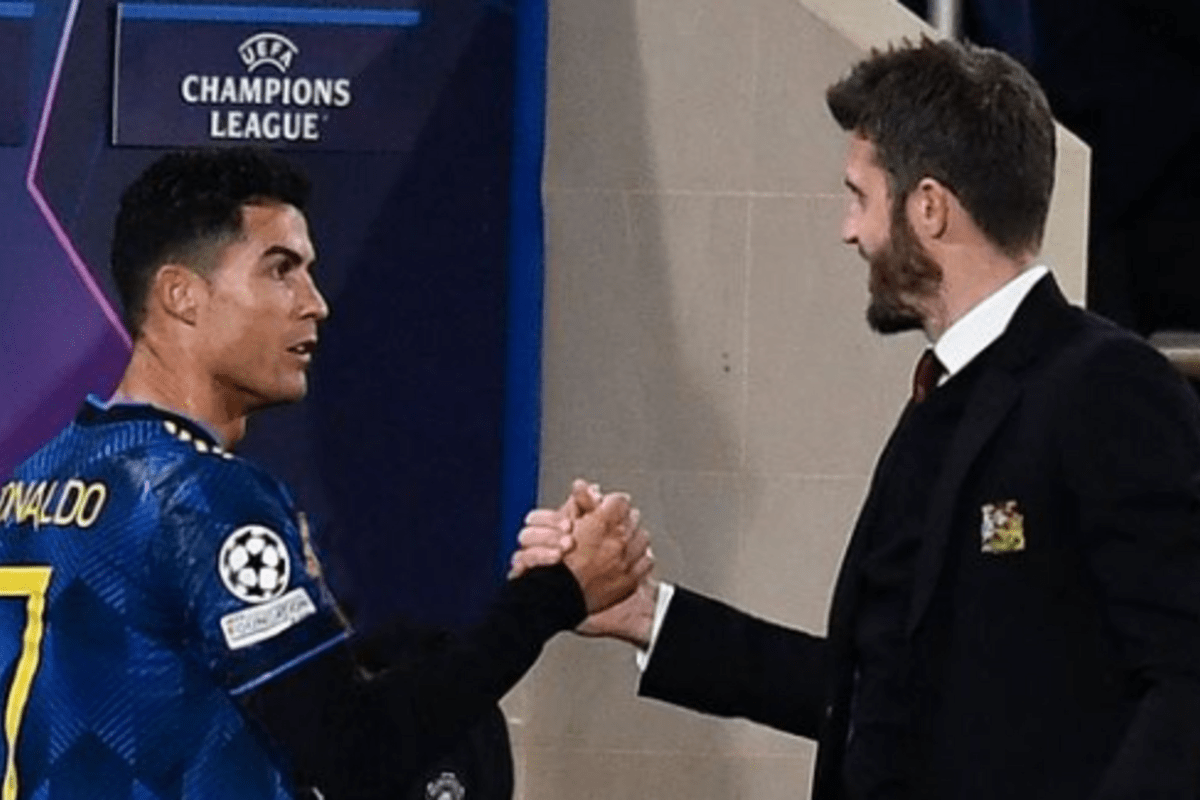 CRISTIANO RONALDO has paid homage to Michael Carrick after the caretaker boss announced his departure from Manchester United.

The Portuguese superstar, 36, shared his pride in being able to play alongside Carrick at Old Trafford and to be coached by him over the last few months.

Cristiano Ronaldo suggested "nothing is impossible" for Michael CarrickCredit: Getty

Ronaldo posted his message to Carrick on Instagram and also used the opportunity to welcome Ralf Rangnick to the club.

CR7 shared a photo of him shaking hands with Carrick alongside a caption which reads: "Michael Carrick was a class act as a player and he can become a great coach as well.

"Nothing is impossible for this guy. Personally, I’m proud to have played with him by my side as well as with him as a manager on our bench.

"But now it’s time to welcome Mister Ralf Rangnick to the wheel… Let’s get started!"

Carrick announced his exit from United after beating Arsenal 3-2 on Thursday.

It signals the end of a 15-year spell at Old Trafford which the former midfielder described as the best period of his career.

And in his post-match press conference he wished Rangnick good luck - the German has now taken over and spoke to the press for the first time on Friday.

Rangnick was in attendance for the Arsenal match and was impressed with what he saw from matchwinner Ronaldo.

He said of the striker: "Having seen Cristiano yesterday in the second half at the age of 36, an amazing top professional.

"At his age, I've never seen a player who is still that physically fit. He's still a player who can easily make the difference.

"We play in the most competitive league in the world so we need all the players on board.

"What I saw from Cristiano yesterday, he is more than willing to do that, to put his input into the team. His teammates will have to do the same."