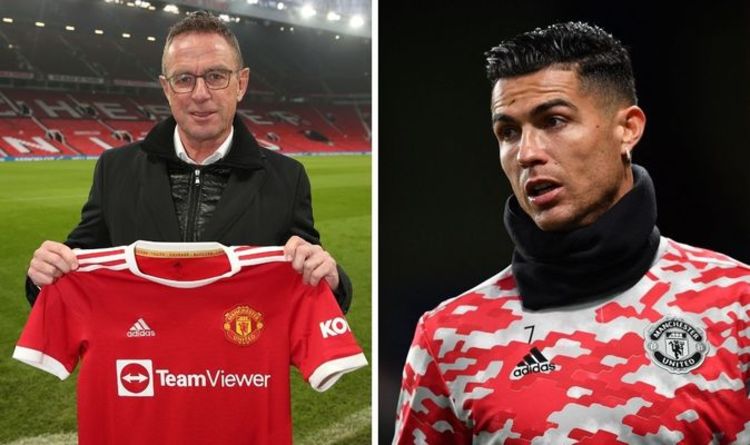 Ralf Rangnick told the Manchester United board that Cristiano Ronaldo would remain a "key player" if he landed the job, during his very first discussion with the club. The German believed it was important to clarify not only his plans for the team but for star signing Ronaldo - whose impact on the balance of the team has caused further debate within the past week.

Sky Sports pundit Jamie Carragher claimed that it shouldn't be a big deal if Ronaldo found himself out of the side, given that he is now 36.

While Roy Keane argued that Ronaldo had to start the match against Chelsea, simply because of what he has achieved in the game.

The pair were pure TV gold as they argued either side of former Chelsea striker Jimmy Floyd Hasselbaink at Stamford Bridge but Ronaldo was back in the starting XI and amongst the goals as United beat Arsenal 3-2 last night.

It was a performance that once again highlighted his importance to this United side and Rangnick has no plans to change that.

According to Fabrizio Romano, he told the United board that CR7 would remain key in his first-ever conversation with those upstairs at Old Trafford.

The report was backed up by Rangnick's comments today in his first press conference as United interim boss, in which he praised the physical condition of his new superstar.

"You always have to adapt your style or your idea of football to the players you have available, not vice versa," Rangnick said.

"Having seen Cristiano yesterday in the second-half at the age of 36, an amazing top professional. At his age, I've never seen a player who is still that physically fit. He's still a player who can easily make the difference.

"So yes, it's about how we can develop the whole team not only Cristiano. We play in the most competitive league in the world so we need all the players on board.

"What I saw from Cristiano yesterday, he is more than willing to do that, to put his input into the team. His team-mate will have to do the same."

Thierry Henry, who was a pundit in the Amazon Prime Studio at Old Trafford, questioned whether Ronaldo's style - which does not involve much pressing - will harm his chances of playing every week given it's a key principle of Rangnick's philosophy.

“We shouldn’t talk about the man, what he can achieve, what he can do, or what he did achieve and what he can still do,” Henry told Amazon Prime Video.

“So, they need to have a discussion on who is going to give up a little bit on what they usually like to do and ego’s going to have to be put on the side at one point for the good of this club.

“It shouldn’t be a Ronaldo thing or a Rangnick thing, they need to find a way to pull this club forward.”

Ronaldo is United's top goalscorer this season having now found the net 12 times in 17 outings in all competitions.