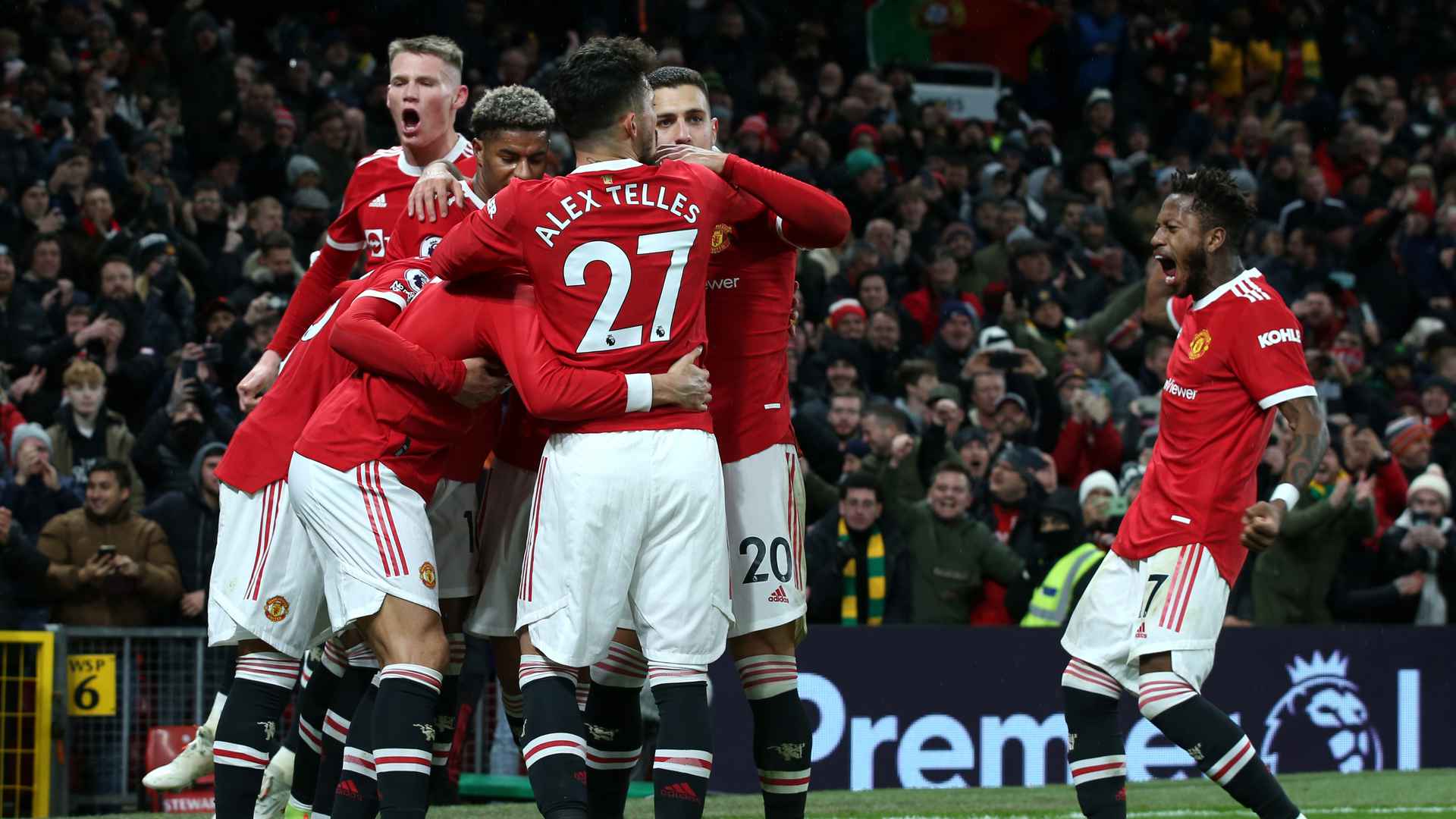 Manchester United interim manager Ralf Rangnick will take charge of his first game on Sunday afternoon (14:00 GMT), as the Reds host Crystal Palace at the Theatre of Dreams.

With the recent news of Michael Carrick’s departure following Thursday’s 3-2 win over Arsenal, Rangnick has been tasked with overseeing the side until the end of the current campaign, starting with the first of three games in the space of just seven days.

A win for the Reds could see us climb up to fifth in the table, should results go our way this weekend.

The match on Sunday afternoon won’t be shown live on TV in the UK, but you can stay in touch with the action via United's official club platforms.

MUTV's coverage will begin when Matchday Live goes on air at 12:55 GMT, with the show including all of the usual pre-match build-up, plus live match radio commentary and post-match analysis. Alternatively, you can follow the game with live updates via ManUtd.com and our Official App. Highlights will then be available two hours after the full-time whistle has sounded.

United captain Harry Maguire made his return during the 3-2 win over Arsenal on Thursday evening, but both Nemanja Matic and Aaron Wan-Bissaka dropped out of the squad following the 1-1 draw with Chelsea last weekend.

Matic missed out due to a hamstring injury he sustained in training earlier in the week, while Wan-Bissaka suffered a hand injury against the Blues after colliding with Callum Hudson-Odoi. Luke Shaw was absent on Thursday evening, as he has been struggling with concussion and it remains to be seen whether he'll return for the visit of Palace. Paul Pogba, Edinson Cavani and Raphael Varane remain on the sidelines.

Palace are waiting on the fitness of defender Joachim Andersen, while James McArthur (injured) and Joel Ward (suspended) are out.

United successfully overcame Mikel Arteta’s Arsenal side 3-2, thanks to goals from both Cristiano Ronaldo (2) and Bruno Fernandes, on Thursday. Ronaldo, who netted both his 800th and 801st career goals, struck the deciding penalty after Fred had been fouled by Martin Odegaard, forcing the second VAR intervention of the night. The win lifted us to seventh in the table as we remain undefeated in our last three outings in all competitions.

Palace were in midweek action too, as a late penalty from Raphinha at Elland Road saw Patrick Vieira’s suffer defeat with only minutes to spare in West Yorkshire. The Eagles are now without a win since the beginning of November and currently occupy 11th in the table after 14 games. Impressive early season wins against both Tottenham Hotspur and Manchester City have proved their undoubted quality, with on-loan Chelsea midfielder Conor Gallagher registering four goals and three assists so far this campaign.

Palace will no doubt be buoyed by their recent good form in Manchester, having not tasted defeat at the Theatre of Dreams since September 2017. The Eagles have won two and drawn one of their last three here in Manchester and their 2-1 win here last season ensured they became only the seventh team to win on consecutive visits to Old Trafford in the Premier League. The last meeting between the two sides resulted in a 0-0 draw at Selhurst Park in March of this year.