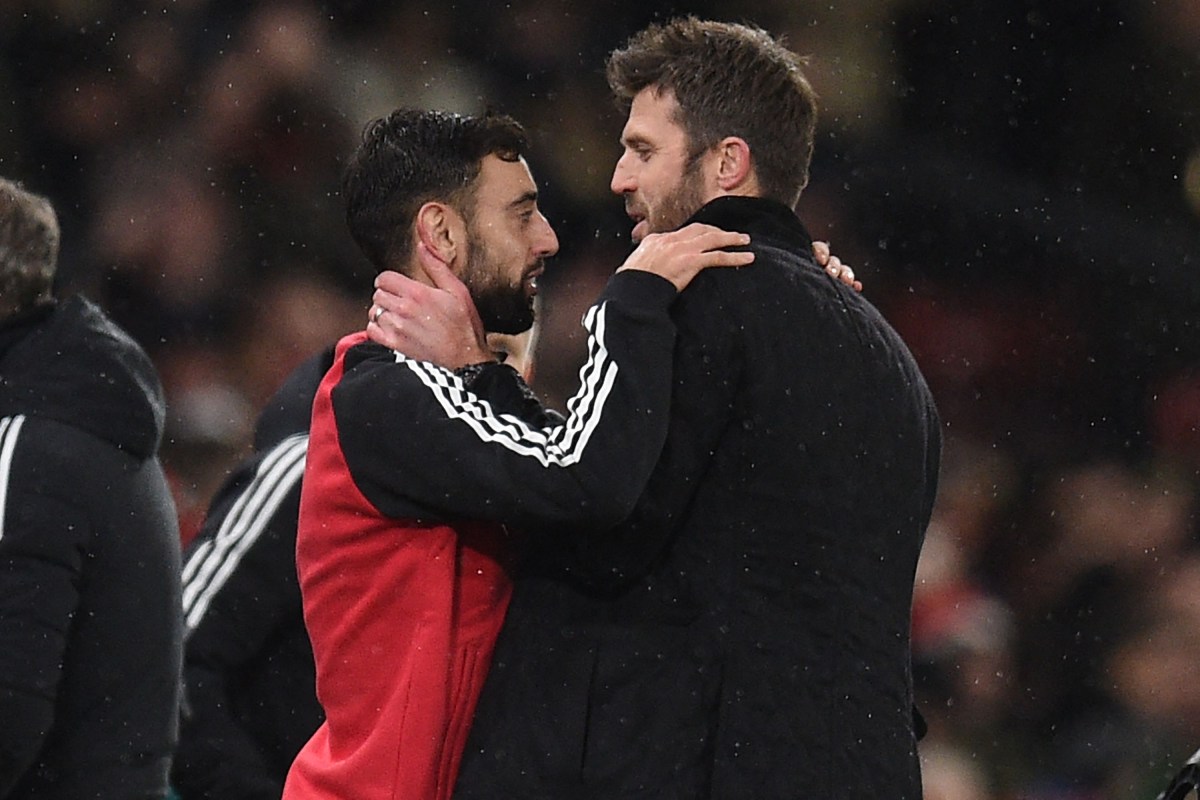 MANCHESTER UNITED star Bruno Fernandes has tipped Michael Carrick to be a 'really good manager' after he announced his departure from the club on Thursday.

Carrick won two and drew one during his brief spell as caretaker managerCredit: GETTY IMAGES

And led the Red Devils on a three-game unbeaten run, including a 3-2 win over rivals Arsenal at Old Trafford.

Fernandes inspired the comeback with an equaliser late on in the first half.

But after the win Carrick shockingly announced his departure from the club, ending his 15-year stay.

Speaking to Amazon Prime after the game, Fernandes backed Carrick to have a future in management.

He said: "I've said to him I was really mad to be off on his first game and I tell him now at the end of this game.

"But honestly for me Michael can be a really good manager in the future if he gets that chance.

"He knows how to speak, he knows a lot of football.

"He was one of the great players that not a lot of people talk about. For what I have seen he can be a top coach."