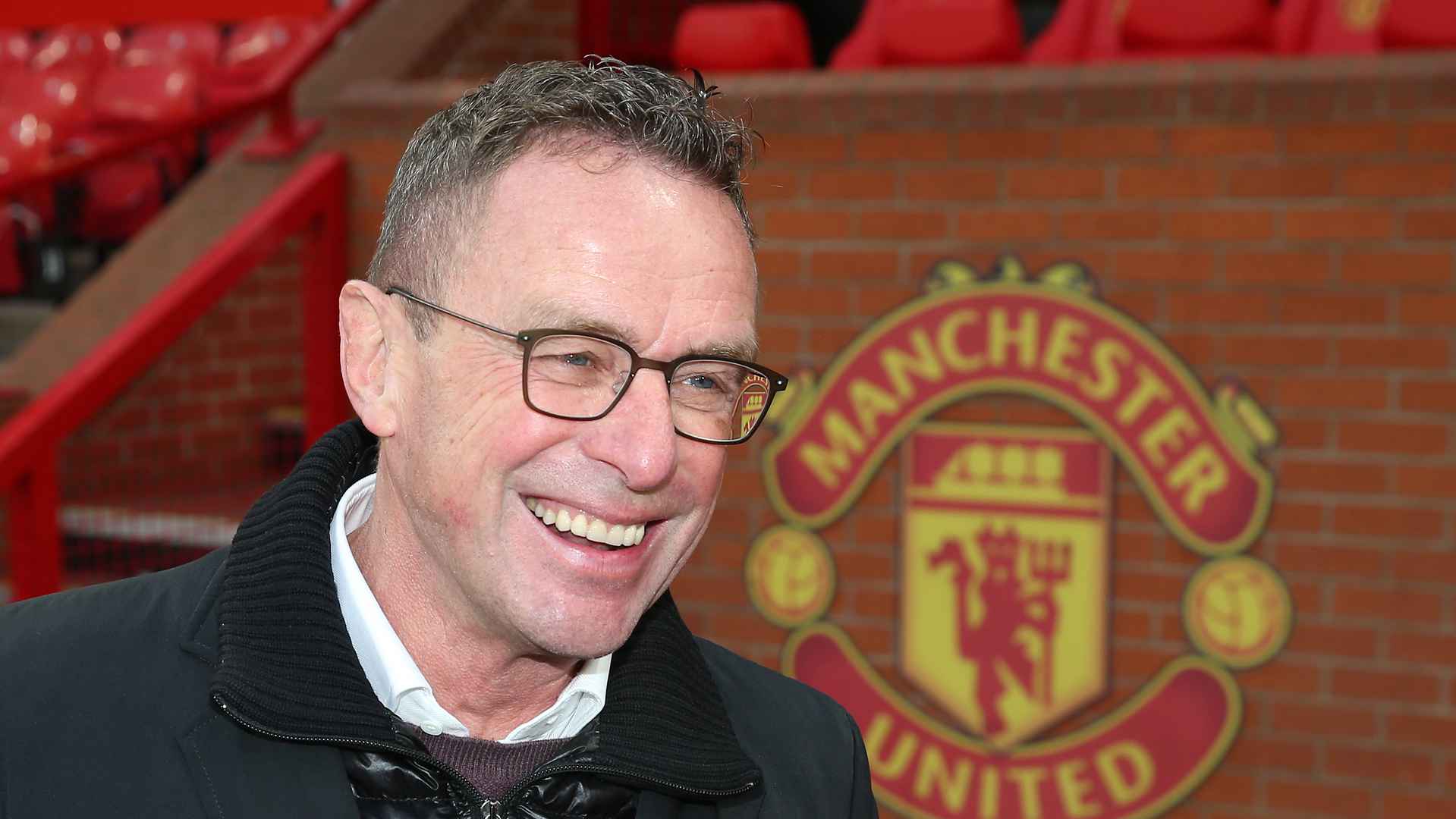 The 14:00 GMT kick-off is not being shown live on TV in the UK because it was switched as a result of the win over Arsenal being pushed back to Thursday night.

Rangnick is meeting the squad on Friday afternoon at Carrington and will have a training session on Saturday before Patrick Vieira's impressive side provide the opposition.

The 3-2 victory against the Gunners, in Michael Carrick's final game in caretaker charge, lifted the Reds to seventh in the table, three points adrift of fourth-placed West Ham United.

Rangnick will be assessing his options for the clash after watching on from the directors' box on Thursday.

Aaron Wan-Bissaka and Nemanja Matic joined the list of absentees after sustaining injuries, with the former, no doubt, desperate to line up against his old club. The right-back hurt his hand when Callum Hudson-Odoi stood on it during the 1-1 draw with Chelsea.

Carrick told us before the Arsenal clash that it was "touch and go" over Wan-Bissaka's involvement, which suggests he may have a chance of facing Palace.

Matic has a hamstring problem which was not risked.

Luke Shaw continues to be sidelined after sustaining a second head injury in a short amount of time, during the defeat at Watford. Carrick explained: "Hopefully, he won't be too far away."

Diogo Dalot and Alex Telles deputised to good effect against Arsenal in the full-back slots, while Harry Maguire came back into to the centre of defence as captain after his one-game suspension.

Raphael Varane, Paul Pogba and Edinson Cavani are working on their recoveries, while Phil Jones and Amad were among the substitutes on Thursday night.

Mason Greenwood has still not played since returning from testing positive for COVID-19, but he has been on the bench for the past two fixtures.

Vieira did not attend the pre-match press conference due to personal reasons, with assistant manager Osian Roberts taking over media duties. The former Arsenal captain is still expected to be in the dugout at Old Trafford on Sunday.

Centre-back Joachim Andersen has been out with a thigh injury, but is responding well to treatment. Roberts said: "It's day by day but we'll wait and see."

James McArthur and Nathan Ferguson look set to continue on the sidelines and Joel Ward is suspended after accumulating five yellow cards this season.